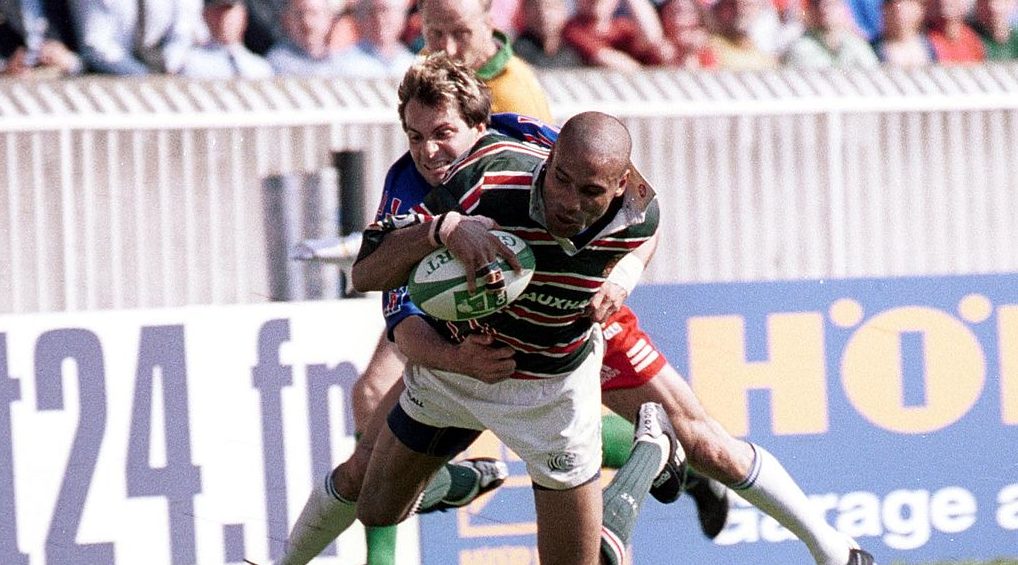 With Leicester Tigers set to appear in their sixth European final later this month when they face off against Montpellier in the European Rugby Challenge Cup decider, we have taken a look back at their five previous finals.

Brive produced what was widely acclaimed as one of the finest club performances ever seen in a match in the northern hemisphere as they swept Leicester Tigers aside in a pulsating final at Cardiff Arms Park that made sure the European Cup stayed in France. Tries from Sebastien Viars and Gerald Fabre, as well as a brace for Christophe Lamaison, secured the victory, with John Liley slotting three penalty kicks for the English outfit.

Leicester were crowned European Cup winners after an unforgettable final against French champions Stade Francais Paris at Parc des Princes. The Tigers outscored their opponents 3-0 on tries, but left it late before securing the success they deserved. Centre Leon Lloyd’s 80th minute try gave Leicester glory, and stunned Stade whose 30 points came from the boot of their Italian fly-half Diego Dominguez.

Leicester became the first side to retain the European Cup in a scintillating 15-9 victory against Munster Rugby at Cardiff’s Millennium Stadium. The defending champions lifted the trophy after scoring a pair of tries, with the Tigers’ own Irishman Geordan Murphy and Austin Healey proving crucial, the latter producing a delightful dummy for Leicester’s second try. Three penalties from Ronan O’Gara were scant reward for a battling display from the Irish province.

Wasps pulled off a stunning victory against domestic champions Leicester to clinch a second European Cup at Twickenham. The 2004 winners out-thought and out–muscled the Tigers in front of a record crowd for a club game of 81,076. Wasps scored first-half tries from scrum-half Eoin Reddan and hooker Raphael Ibanez. Alex King kept the scoreboard ticking after the break, with Leicester only hitting back with three Andy Goode penalties.

Leinster Rugby mounted a stunning second-half comeback to win their first European Cup. Drop-goals from Brian O’Driscoll and Johnny Sexton helped Leinster into a 9-3 lead before Leicester hit back through a converted try from Ben Woods and two Julien Dupuy penalties to take a 16-9 lead. But Leinster levelled through Jamie Heaslip’s converted try and Sexton’s late penalty secured a thrilling win for the Irish province.