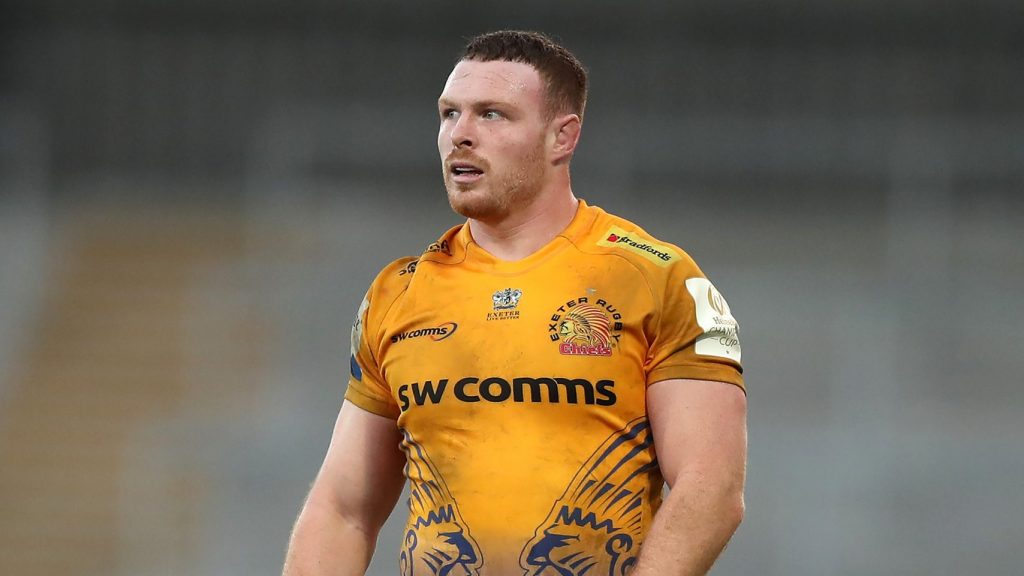 2020 EPCR European Player of the Year Sam Simmonds has been selected by British & Irish Lions head coach Warren Gatland in his 37-man squad for the tour to South Africa this summer.

The Exeter Chiefs back-row forward helped his side claim a first Heineken Champions Cup crown last season, scoring eight tries, including one in their 31-27 victory over Racing 92 in the final at Ashton Gate.

He went on to win the EPCR European Player of the Year award, before assisting the Chiefs to the last eight in the current campaign, when they lost 34-22 to Leinster Rugby.

Saracens lock Maro Itoje and fly-half Owen Farrell – respectively EPCR European Player of the Year in 2016 and 2017 – are among five players from the three-time European champions in the Lions’ squad.

The sole Lion who doesn’t play for a side in the UK and Ireland is Racing 92 fly-half Finn Russell, who played all nine matches in the Parisian club’s run to the 2020 Heineken Champions Cup final.