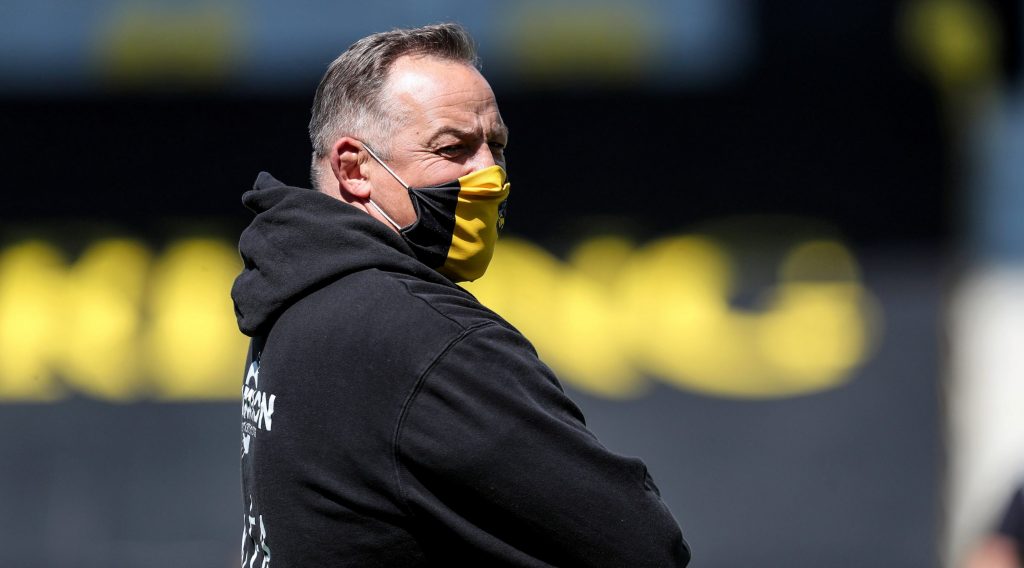 La Rochelle director of rugby Jono Gibbes has praised his side’s defensive resolve after coming from behind to defeat Leinster Rugby 32-23 and secure a spot in the Heineken Champions Cup final for the first time.

The 2019 Challenge Cup finalists – who were playing in their first Heineken Champions Cup semi-final – conceded an early try and had flanker Wiaan Liebenberg sent to the sin bin as the four-time European champions flexed their muscles at the Stade Marcel-Deflandre.

But La Rochelle held firm under some severe pressure from the Irish province, steadying the ship to eventually trail 13-12 at the break with Ihaia West slotting three penalty kicks and a drop goal.

Gibbes was quick to praise head coach Ronan O’Gara for allowing his side to remain disciplined under pressure and sticking to the system despite falling behind to an early Tadhg Furlong try.

“I think that’s a massive credit to Rog [Ronan O’Gara] in that we were under pressure,” said the 44-year-old who moves to ASM Clermont Auvergne at the end of the season.

“We knew they were going to fire good shots at us and I think the fact that we changed nothing in our defence and just stayed resolute, stayed disciplined to the system that he’s put in place, that he’s created and it told.

“It’s a compliment to hear Leinster struggled against our defence, that’s always good, but we still conceded two tries, so there’s work to do.

“Certainly the discipline around the breakdown and being patient about when to go out at the ball on the ground and when to just keep people up on feet, that’s something that we can take forward from that experience today.”

Breaking down the numbers position by position, here's your @OptaJonny Team of the Round from the #HeinekenChampionsCup SFs 🔢

Superb all season, @staderochelais flanker @GregAlldritt was the standout star with a whopping 2️⃣1️⃣ carries 🙌

Gibbes also revealed that his side took confidence from being just one point behind at half-time, before an explosive second-half display that yielded 20 points.

“We realised that level necessary, the concentration that it was going to take and sort of took a bit of confidence from the quality of their opening salvo and the score at half-time,” Gibbes added.

“Then we talked about being a bit more accurate with the ball. Holding the ball obviously was pretty important and we built pressure and we got our noses out in front at the end.

“It’s an important victory for our guys, to build the belief to take on a big team like that with a lot of experience in knock-out football in Europe and to get past them was pretty satisfying. But certainly a hell of an experience.”