Dupont still in the hunt for EPOTY title 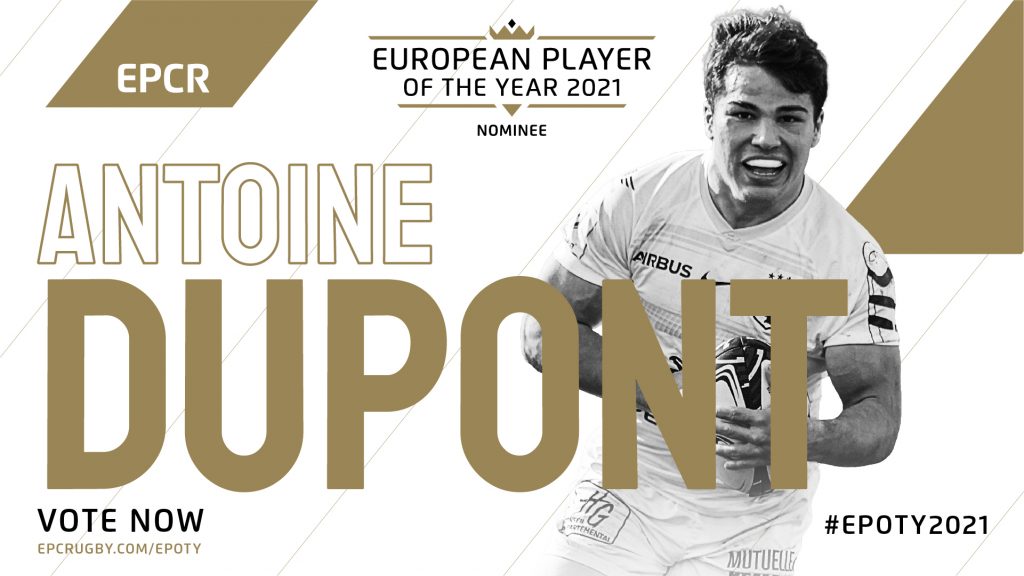 Toulouse scrum-half Antoine Dupont has been at his brilliant best in this season’s European campaign and remains firmly in contention to land this season’s EPCR European Player of the Year title.

The 24-year-old France international has stamped his authority on a Toulouse side packed with international stars, scoring four tries and assisting plenty more as they have marched into the Heineken Champions Cup final.

Dupont’s all-round ability was very much on show in the Round of 16, scoring two tries in Toulouse’s 40-33 win over Munster Rugby and put in another determined display to help see off ASM Clermont Auvergne in the last eight.

With 279 metres gained, 20 defenders beaten, seven offloads and six clean breaks, it’s not hard to seen why Dupont is very much in contention this year, especially after another terrific try-scoring display in his side’s semi-final win over Bordeaux-Begles last weekend.