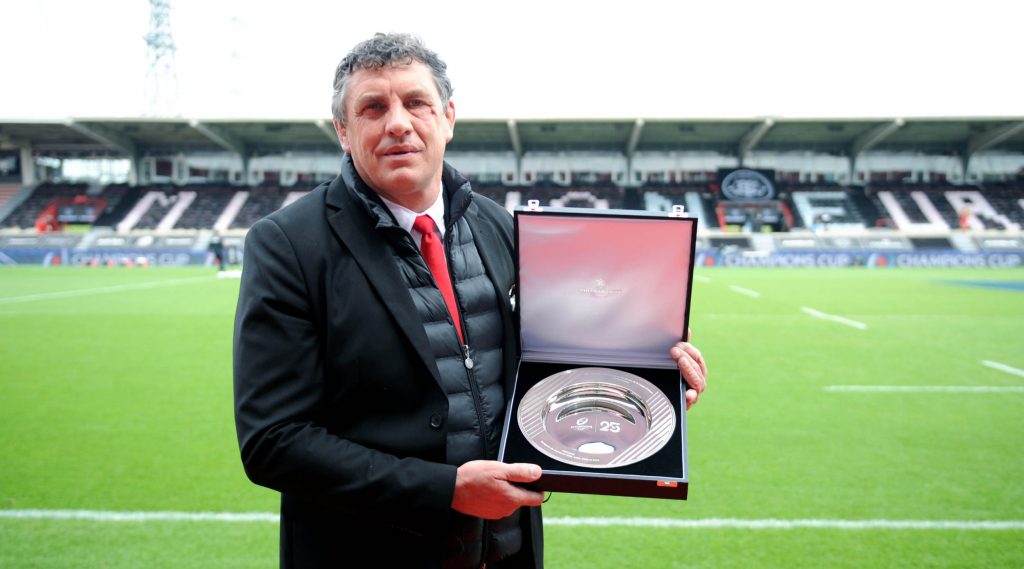 Toulouse president Didier Lacroix has been honoured as part of the celebrations for 25 seasons of European Rugby last season, having received an EPCR silver salver at last weekend’s Heineken Champions Cup semi-final against Bordeaux-Begles.

Lacroix was a winner of the first European Cup with Toulouse, and also won the French championship on six occasions before taking his current role as president at the four-time European champions.

His most memorable day in European Rugby came in January 1996, when Toulouse defeated Cardiff 21-18 after extra time at Cardiff Arms Park, with centre Thomas Castaignede scoring two tries to do the damage for the French outfit.

To celebrate the 25th anniversary of European competition, EPCR presented a silver silver to Didier Lacroix before Toulouse’s semi-final victory over Bordeaux-Begles on Saturday afternoon.

They will go in search of a record-breaking fifth European crown later this month when they face La Rochelle – conquerors of Leinster Rugby last weekend – at Twickenham Stadium.