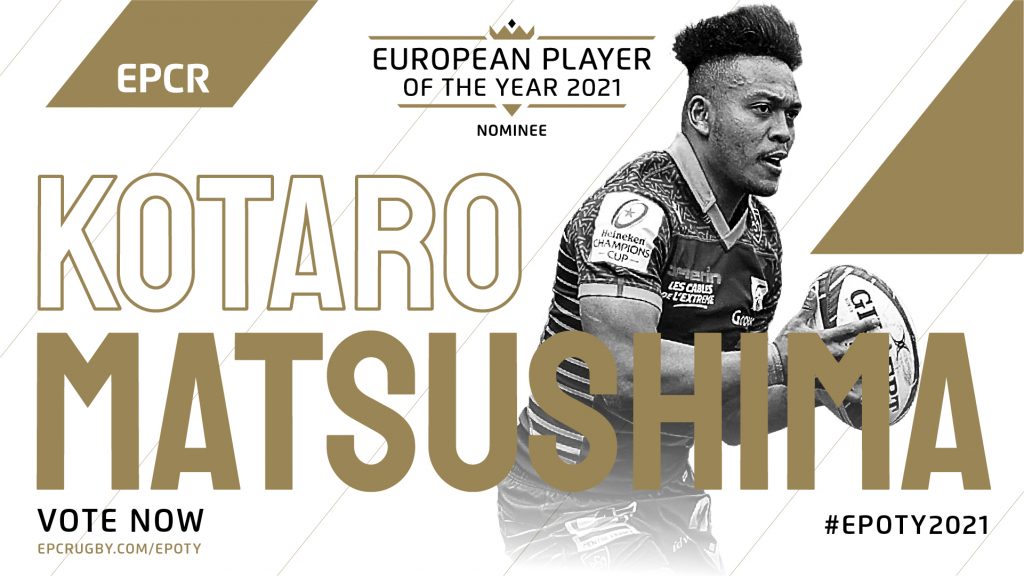 Heineken Champions Cup joint-leading try scorer Kotaro Matsushima has earned a place on the European Player of the Year nominee list with some scintillating performances in this year’s competition.

The ASM Clermont Auvergne full-back dazzled in the competition’s opening fixture in December when he notched a hat-trick of tries in a breathtaking 51-38 win over European Rugby Challenge Cup holders Bristol Bears at Ashton Gate.

The Japanese international also produced a match-winning 82nd minute try in the 27-25 Round of 16 victory against Wasps to secure a quarter-final berth – earning the Heineken Star of the Match award in the process.

Matsushima played every minute of the TOP 14 club’s campaign in the competition, gaining 252 metres, beating 14 defenders and completing 37 carries to announce himself on the European Rugby scene.