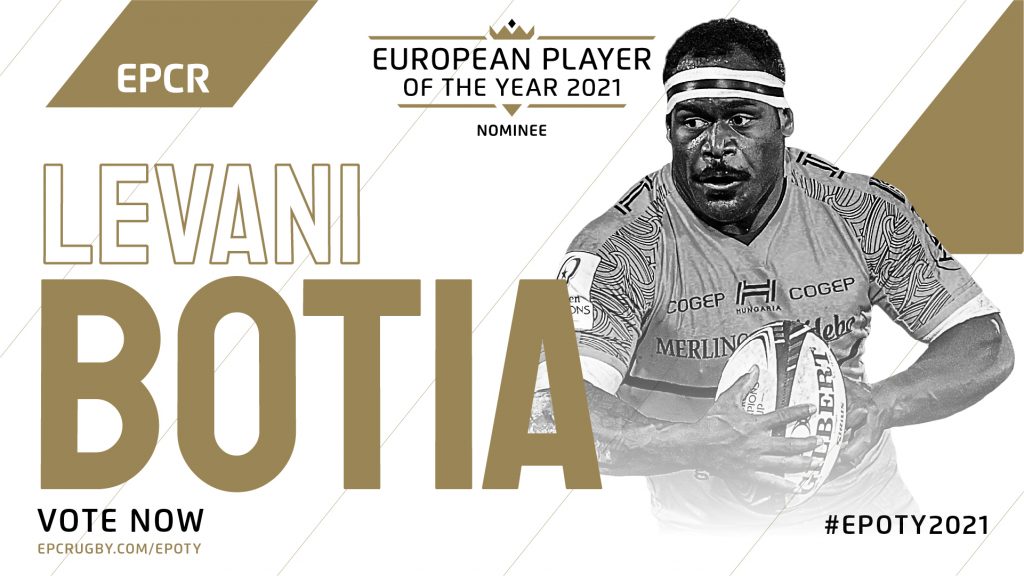 La Rochelle’s Levani Botia might have been playing at centre of late, but that doesn’t tell the full story when it comes to this dynamic all-rounder nominated for EPCR European Player of the Year.

The powerful Fijian has spent time in a variety of positions over the past few seasons, and has shone in the Heineken Champions Cup knockout stages as La Rochelle have marched to a maiden European semi-final.

Arguably the performance of the Last 16 came from Botia, who decimated Gloucester Rugby with a string of powerful off-loads and powerful carries in the 27-16 win at Kingsholm.

His game-breaking ability has proved crucial for La Rochelle over the past few seasons and will no doubt be pivotal if the French outfit are to reach a first Heineken Champions Cup final next month.