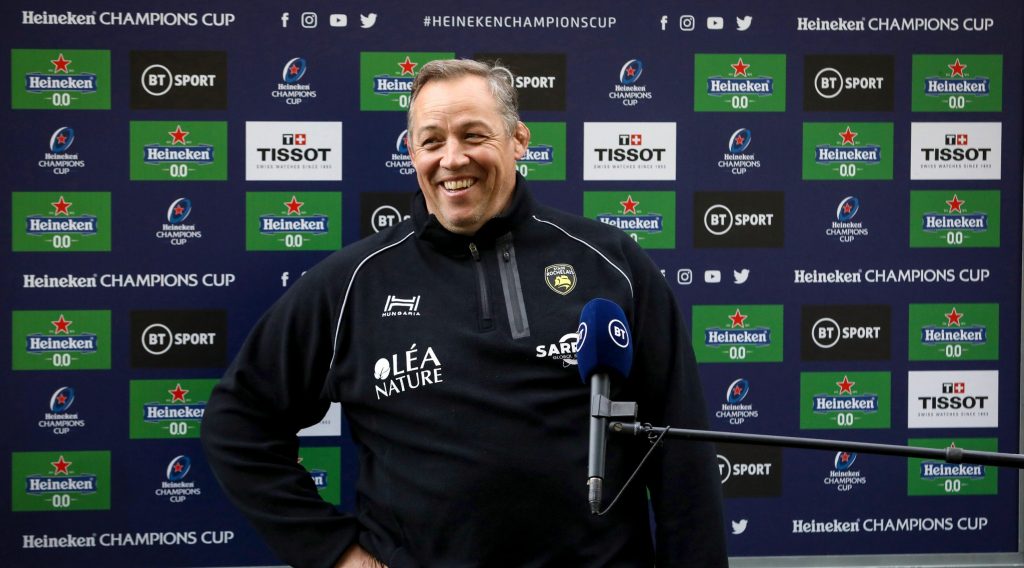 La Rochelle director of rugby Jono Gibbes is excited that his side will be taking on four-time European Cup winners Leinster Rugby in their first Heineken Champions Cup semi-final next month.

Gibbes, who spent six seasons at Leinster as a forwards coach, described the Irish province as the best team in Europe, after guiding La Rochelle to a 45-21 win over Sale Sharks in the quarter-finals last weekend.

Their previous best was a run to the quarter-finals in 2018 before falling to Scarlets, while they also reached the Challenge Cup final in 2019, before being beaten by ASM Clermont Auvergne.

“It will be a privilege to take on Leinster Rugby at Stade Marcel Deflandre,” said the New Zealander. “This draw gives me a lot of pleasure personally, but also for the club and as a group of players.

“So yes, I’m very happy with the outcome. Leinster are possibly the best team in Europe at the moment with great history and a big European pedigree, so it’s very exciting.

Which player has impressed you most this season? 🤩

“This challenge will hopefully give us the desire to do everything we can to win and hopefully play the perfect match.

“I cannot wait to be there – it’s a huge game, but also a very interesting one.”

La Rochelle lock Romain Sazy believes the TOP 14 club are in a better place than when they last reached the knockout stages of the Heineken Champions Cup in 2018.

“This is a new step forward for La Rochelle,” said Sazy. “Three years ago, we were eliminated in the quarter–finals against Scarlets after coming top of our pool.

“We are more experienced now and have 40 guys all ready to go at it – the dynamic of the squad is there and we will battle till the end.

“It’s nice to be entering the latter stages of Europe and still being involved, so we hope to make the supporters happy.”