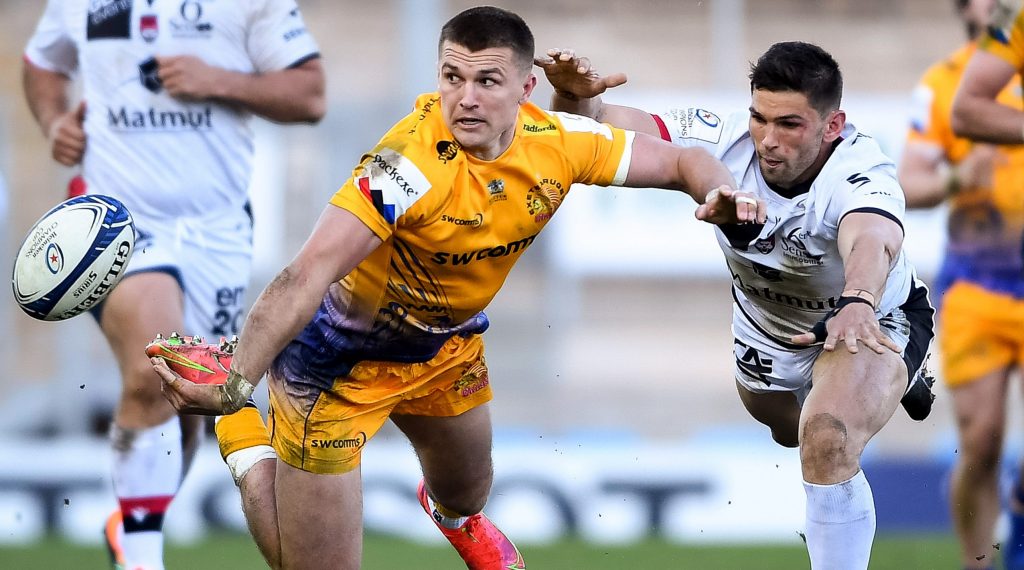 Exeter Chiefs centre Henry Slade has said his side will be looking to get off to a faster start this afternoon when Leinster Rugby come to Sandy Park in a mammoth Heineken Champions Cup quarter-final.

The defending champions had to fight back from 14-0 down against Lyon to eventually come out 47-25 victors, but the England international admitted that they could face a tougher task coming from behind against the four-time European champions.

“Obviously we don’t want to be giving Leinster a 14-0 start or whatever it was we gave Lyon,” said Slade.

“But we didn’t mean to give Lyon that start at the weekend, it’s just how the game goes sometimes and it’s not about us accepting that, we never want that to happen, it’s just the pleasing thing from the weekend was our reaction to that.

“We don’t want to be reacting to that again but if we can react to being 14-0 down to the side that were rolling us a little bit and wrestle to get the momentum of the game back, that was the really pleasing thing for me.

“And I want nothing more than that this weekend, just to be able to get on with it, whatever is thrown at us, we’re on to the next thing, that with our attitude we’re excited about the next job and not worrying about what’s just happened. That’s massive.”

Who are you backing to qualify? pic.twitter.com/uTbeluG1Uc