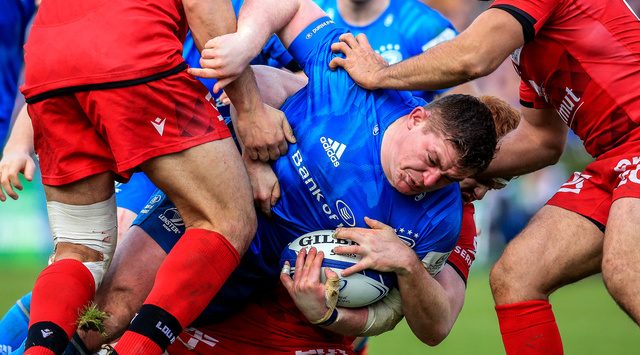 Leinster Rugby prop Tadhg Furlong has underlined the importance of the Heineken Champions Cup to the Irish province by describing the competition as “massive” for the four-time winners.

The 28-year-old from Wexford knows what it is like to be on a victorious European Cup-winning team, having been a member of the successful 2018 side who edged out Racing 92 15-12 in the Bilbao final.

However, he has also experienced the other side of the coin, being part of the Leinster team who lost 20-10 to Saracens in the 2019 decider in Newcastle, and has no wish for his 2021 journey to end when they face Exeter in Saturday’s quarter-final at Sandy Park.

“It’s massive,” said Furlong, who has 37 European Cup appearances to his name. “When I left school and joined the club, we had that period of sustained success.

'We know Exeter are a brilliant team.' 👇

“They had the three stars at that stage when I first started playing, but we went off the boil for a few years.

“There were some lads in the dressing room who had three European medals who knew what it took and then there was a bunch of younger lads with no medals.

“Europe is such a barometer of where we are at in our season and there is so much emphasis on it because of our history in the tournament.

“It means so much to the players and you want to be part of a group that challenges and tries to win more trophies.”