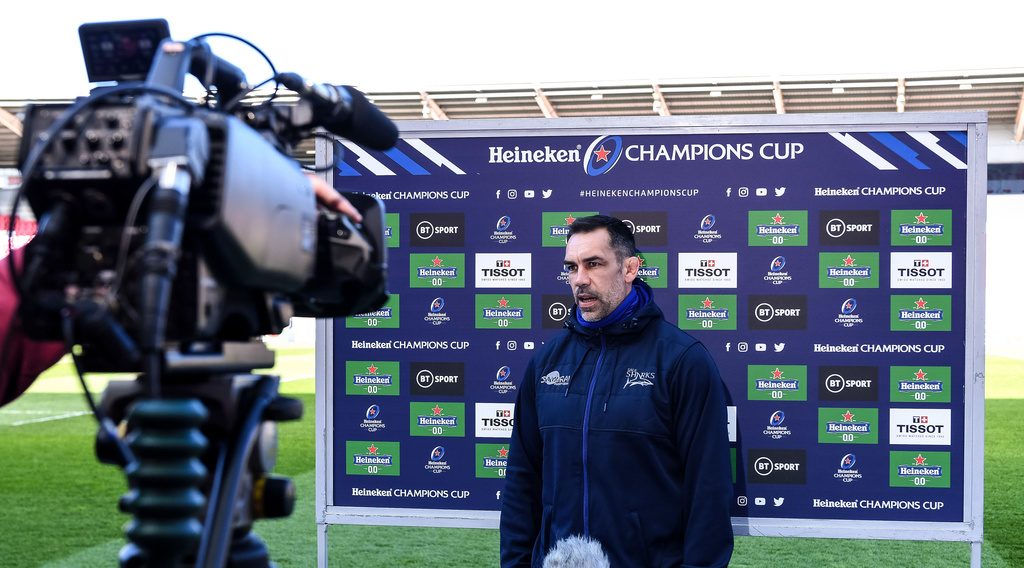 The Gallagher Premiership club have only reached this stage of Europe’s elite club rugby competition once before – and that was in 2005/06, when they lost 11-6 at Biarritz.

But the Sharks announced themselves as dangerous opponents by running in six tries against a Scarlets side packed full of internationals in the Round of 16 tie.

“You’ve got to be in it to win it, haven’t you,” Sanderson asked on BT Sport. “We’ve been under the radar a little bit for the last 15 years, I’d say.

“The one bad thing about that performance is that we’ve just advertised to La Rochelle that we are coming for them. I think it was a case of us catching them [Scarlets] a bit cold and us being absolutely red-hot.

“You’ve got to be pragmatic in this competition, particularly towards the latter stages, and if you’re able to dominate those collisions off the nine from the touchline, it gives you licence to get off the line when they started playing off 10, which we did well.

After a breathtaking first knockout round, we're back again for the last 8️⃣

If you're wondering where you can catch the action, check out our website 🔽https://t.co/O0TlnWe6px

“But you’ve still got to have the space and do the work before that, so I was really happy with not just the line speed but with how they stuck at it for 80 minutes. It was an 80-minute performance which we had been building towards I feel for the last 11 weeks.”

“That combination has been unfortunate for Rob du Preez, who has been playing really well,” Sanderson added. “Faf and AJ have been gelling really well during the games that they’ve played together, so it was a difficult decision to pick AJ, but I’m glad I did.”

Sale’s trip to La Rochelle will be televised live on Channel 4, Virgin Media and BT Sport from 12:30 (UK and Irish time) on Saturday.