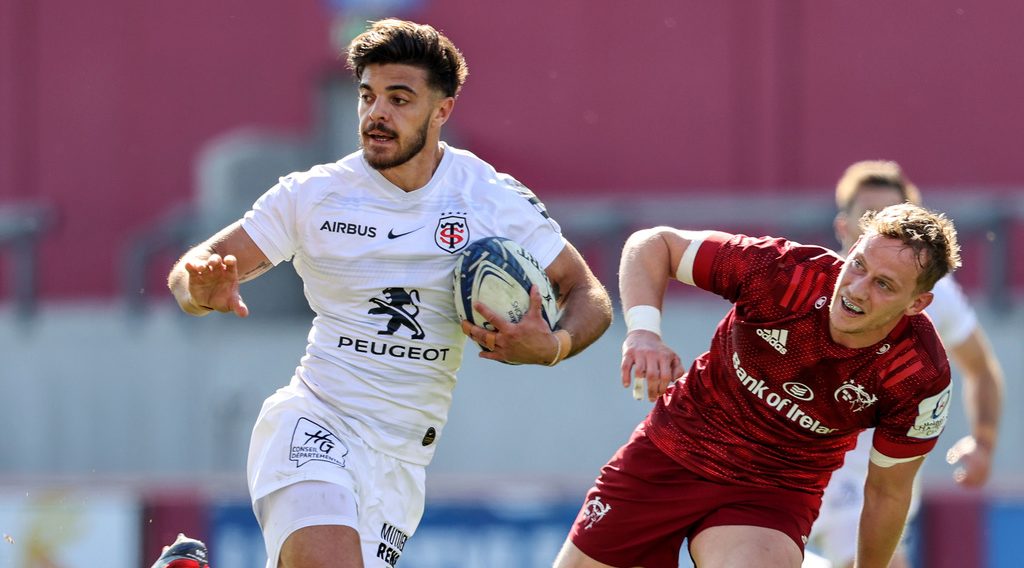 Toulouse fly-half Romain Ntamack believes that his side’s Heineken Champions Cup quarter-final against ASM Clermont Auvergne on Sunday will be “a match of international standard”.

The TOP 14 rivals have been paired together after both enjoyed dramatic wins in the Round of 16, with Toulouse defeating Munster Rugby 40-33 at Thomond Park and Clermont’s Kotaro Matsushima crossing in the 82nd minute to help the French outfit defeat Wasps 27-25 at the Ricoh Arena.

Ntamack – who kicked 20 points in the win over the Irish province – reckons that Toulouse will have to put in an 80-minute performance to deny the 2019 Challenge Cup winners.

“We know Clermont very well and they know us,” said the 21-year-old France fly-half. “We will try to study them as much as possible on video.

“We know they won’t stop until the 80th minute and that it will be a match of international standard that we are preparing for.

“We’ll look to repeat the feat like we did against Munster, but we go there without any pressure, playing our rugby and hoping to get the job done there.”

Could he inspire them to the title this season? pic.twitter.com/UtWKaRNyvf

Toulouse head coach Ugo Mola feels that his side will need to show more energy in order to reach a third European semi-final in as many seasons.

“We know that it will take even more application and energy to try and beat Clermont at their own stadium,” Mola said.

“It makes sense for Toulouse and ASM Clermont Auvergne to be in the quarter-finals of the Heineken Champions Cup when you look at what the two teams have achieved in the TOP 14.

“Their victory over Wasps in the 82nd minute shows great character, but we will go there with a lot of confidence and with Damian Penaud, who is playing out of this world.”