Baxter: ‘We must improve to beat Leinster’ 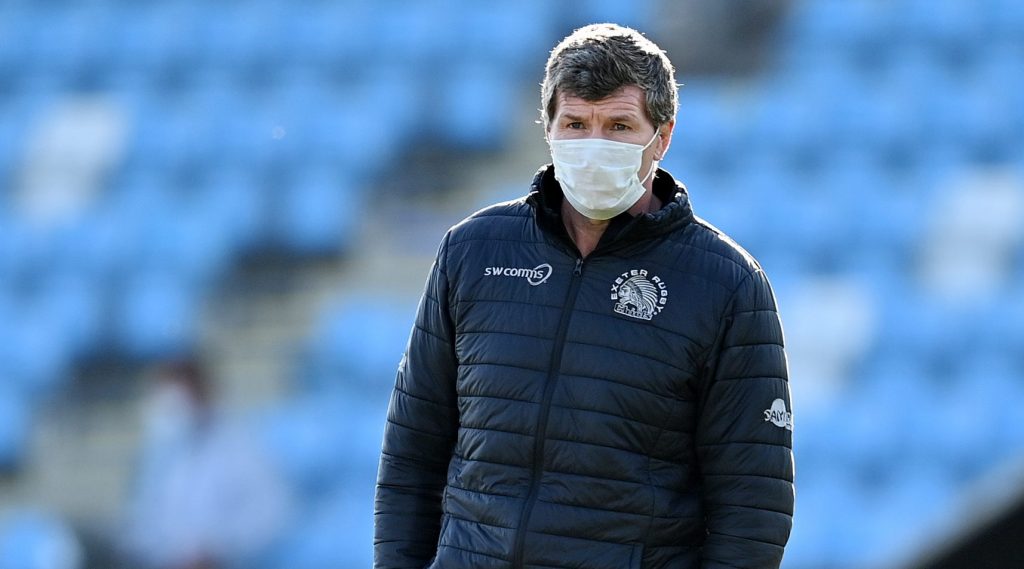 Exeter Chiefs director of rugby Rob Baxter has told his troops they must improve when they face-off against Leinster Rugby in the quarter-finals of the Heineken Champions Cup next weekend.

The defending champions overcame a scare in the form of Lyon in the Round of 16. 14-0 down inside the first 10 minutes, Exeter produced a sensational seven-try performance to dispatch of the TOP 14 outfit 47-25 at Sandy Park.

“I think we will have to be better next week and we will be,” explained Baxter to the club’s website after the victory. “I think the game time to get our team aligned was really important [after the internationals].

“They needed to knock themselves back into being club players, to get into Exeter Chiefs systems, and they have done that today.”

The error-ridden start could have hampered lesser teams, but the experience and talent in the squad overcame the early setbacks, much to the delight of Baxter.

“Our ability to withstand the scoreboard pressure that our start could have led to was fantastic,” suggested Baxter.

“A lot of teams would have had an issue mentally after going down by that many points early on, but we looked like it energised us, and we got on with things even more.”

Both Joe and Sam Simmonds appeared to leave the field with niggles during the game, but Baxter quickly allayed any fears of those injuries being serious.

“I’ve just spoken to them both down in the changing rooms and they said it’s just cramp,” added the Chiefs boss.