Atkinson ready to focus on Europe 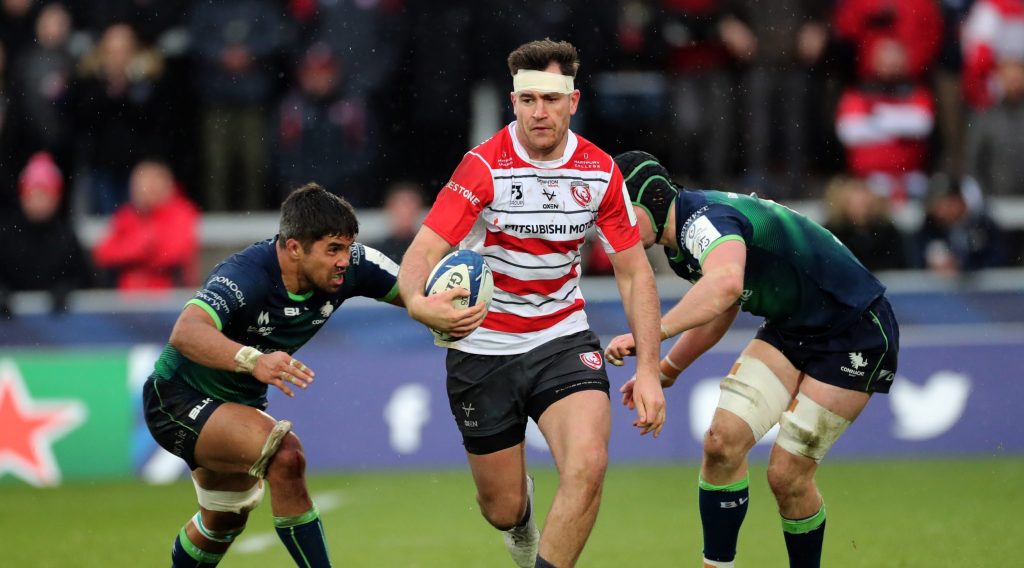 Gloucester Rugby centre Mark Atkinson is looking forward to the challenge of facing La Rochelle in the Heineken Champions Cup Round of 16 and added that his side are ready to focus in on a European campaign.

The Cherry and Whites sit in 11th in the Gallagher Premiership table but did manage to pick up a crucial win in Heineken Champions Cup pool stage, defeating Ulster Rugby 38-34 in dramatic fashion at Kingsholm Stadium.

That win secured a spot in the Round of 16, and with a home match against La Rochelle on Friday night (20:00 UK and Irish time, live on BT Sport) as well as the prospect of a home quarter-final, Atkinson is keen for his side to focus on Europe for the next fortnight.

“It’s been a strange season. We’ve got Europe to look forward to next week though and managed to get a last 16 game against La Rochelle,” said Atkinson after his side’s Gallagher Premiership win over Exeter Chiefs on Friday night.

We kick off with a cracker on Friday evening between two European giants when @leinsterrugby host @RCTofficiel at the RDS 💥https://t.co/6IPXPbsqAU

“These things happen so we can park the Premiership now for a couple of weeks and focus on Europe so hopefully we can come back a bit fresher.

“We are just starting to find the danger men. We’ve got world class men in the wide channels so we need to give them the ball and let them do stuff.

“There’s no point us slow boys keeping the ball inside and we’ve probably been doing that too much so give it to some threatening runners and see what they can do.”