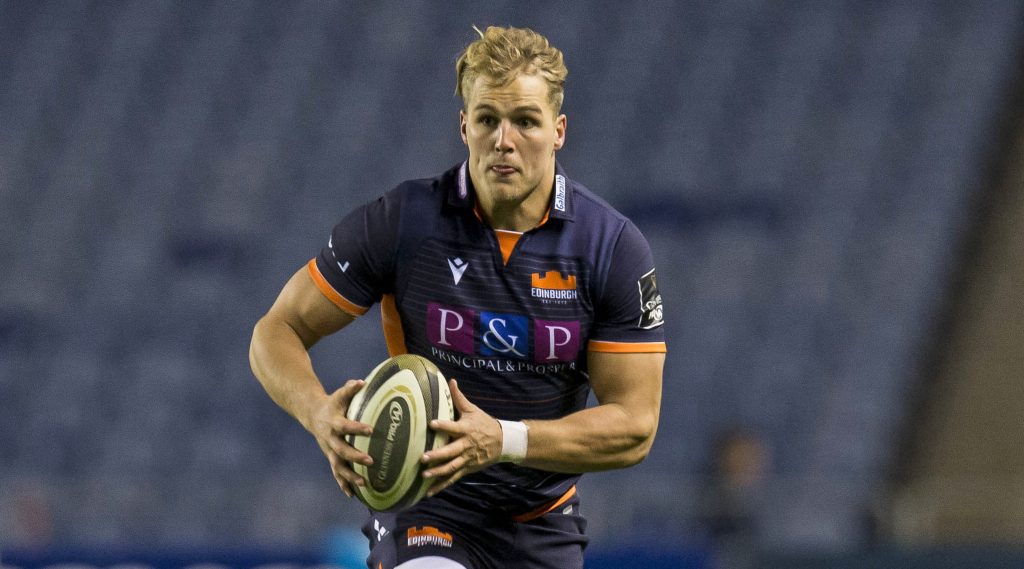 Edinburgh Rugby wing Duhan van der Merwe tuned up for next Sunday’s Heineken Champions Cup last 16 tie at Racing 92 in style on Friday night with two tries – including the match-winner – as Scotland recorded their first victory in France since 1999.

He touched down in the 14th and 83rd minutes to lead the Scots to a famous 27-23 Guinness 6 Nations win at the Stade de France in Paris, which handed Wales the title.

It was Van der Merwe who scored the game’s first try by burrowing over, after Toulouse fly-half Romain Ntamack had nudged France ahead with an eighth-minute penalty.

Finn Russell, Racing’s Scottish fly-half, converted and then kicked an 18th-minute penalty, only for France to storm back with Ntamack’s second penalty and a 35th-minute try from La Rochelle full-back Brice Dulin, which Ntamack goaled to put the home side 13-10 ahead at the break.

ASM Clermont Auvergne wing Damian Penaud extended the hosts’ lead to 18-10 with a 45th-minute try, but then it was the Scots’ turn to hit back, Russell kicking his second penalty on 52 minutes and converting a 60th-minute try from Edinburgh hooker David Cherry to edge them 20-18 in front.

Back came France, though, with RC Toulon lock Swan Rebbadji crossing for a 65th-minute try, before Russell was sent off for a forearm to the neck on Dulin in the 70th minute as he tried to break the La Rochelle man’s grasp.

However, France replacement No.9 Baptiste Serin was sent to the sin-bin three minutes later and Van Der Merwe dived over in the third minute of added time for a try goaled by replacement fly-half Adam Hastings to rapturous celebrations from the Scots – and the Welsh at home.

In the Gallagher Premiership, Gloucester Rugby prepared for their last 16 tie at home to La Rochelle next Friday with a 34-18 victory at Kingsholm over European champions Exeter Chiefs – who host Lyon in the opening round of the knockout stage a day later.

Hooker Henry Walker crossed the whitewash twice in the opening period, with replacement scrum-half Charlie Chapman adding a third try after the break. Gloucester secured the bonus point with a 79th-minute penalty try.