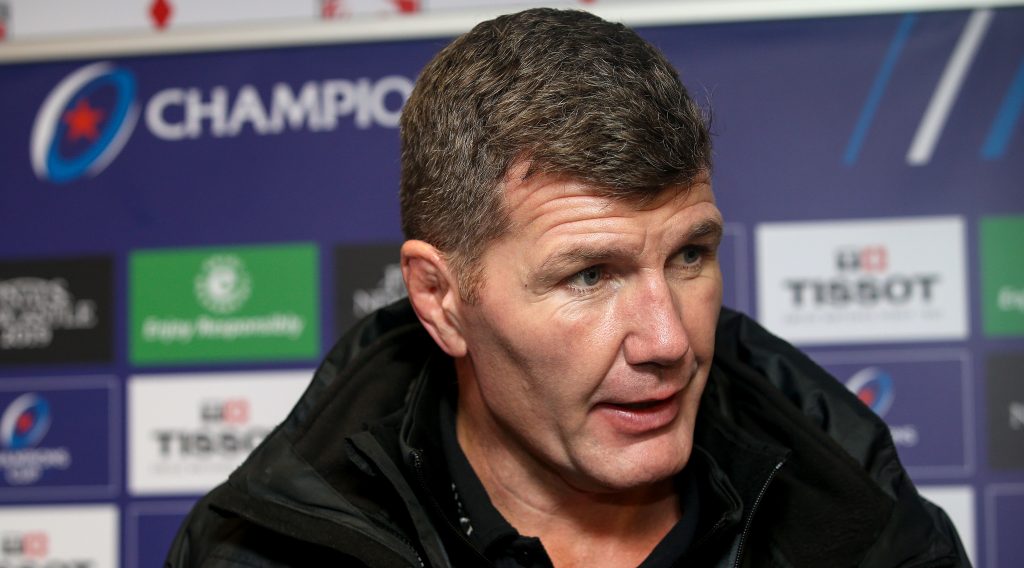 Exeter Chiefs director of rugby Rob Baxter has admitted his side face a huge month as they look to defend their Heineken Champions Cup and Gallagher Premiership crowns.

The European champions travel to Kingsholm on Friday to face Gloucester Rugby in the Premiership and that game is followed by a home clash with TOP 14 outfit Lyon on April 3 in the last 16 of the Heineken Champions Cup, live on BT Sport.

If they beat Lyon, they will host the winners of Leinster Rugby and RC Toulon in a mouthwatering quarter-final the following weekend.

As a result, Baxter has shuffled his side for Friday night’s match, with club captain Jack Yeandle returning after serving a three-game ban following his red card at Sale Sharks last month.

“It’s an interesting period,” said Baxter. “I don’t mind saying it, the only way I will know if we have got things right will be in two weeks’ time and if we have made it through in the [Heineken] Champions Cup and we are still where we want to be in the Premiership. That’s the challenge.

Check out the exact dates, venues, kick-off times and TV coverage for the #HeinekenChampionsCup Round of 16 🙌

Which of these crackers are you most excited for? 💥

“If we get it right, then we will have a European quarter-final, which again will be a huge game, after which we roll into two massive games in the Premiership [against Wasps and Bristol Bears].

“For all of us, it’s an exciting time. It’s not just exciting for us as coaches, but also for the players as well. At the same time, it will be an opportunity for some players to do some special things, so it will be interesting to see who takes it.”

Gloucester – who host La Rochelle in their Heineken Champions Cup last 16 match on April 2 – have named an exciting side to take on Exeter.

Returning internationals in wing duo Jonny May and Louis Rees-Zammit as well as full-back Santiago Carreras making up a formidable back three, while flanker Lewis Ludlow returns to captain the Cherry and Whites.