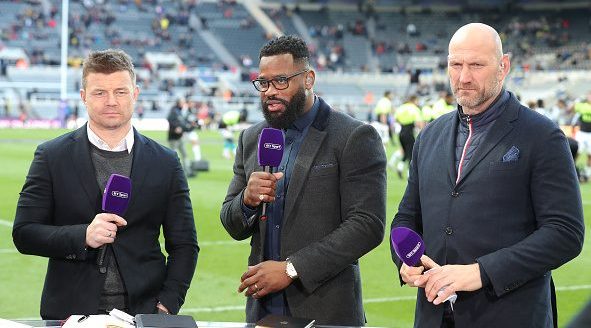 With three weeks until Europe’s elite club competition gets back under way, BT Sport pundit and former Harlequins wing Ugo Monye has hailed the resumption of the Heineken Champions Cup as “remarkable”.

The first two rounds of pool stage matches in the Heineken Champions Cup and European Rugby Challenge Cup were completed in December, before COVID-19 forced Rounds 3 and 4 to be cancelled.

As a result, an extended knockout stage has been put in place, with 16 teams advancing and the other eight Heineken Champions Cup sides featuring in the last 16 of the Challenge Cup.

With the last 16 and quarter-final draws taking place earlier this week in Lausanne, Monye – a two-time Challenge Cup winner with Harlequins – admitted how proud he is as a pundit to be able to discuss the return of European action for BT Sport.

“The one thing we need to focus on – which is the headline – is that Europe is back,” said the 37-year-old.

“It’s absolutely remarkable, because it’s created so many memories over the last 25 years and the prospect of looking forward to that.

“We are proud as the broadcasters to be able to watch every match exclusively live on BT Sport and we are grateful, so the players should be deeply excited for it.”