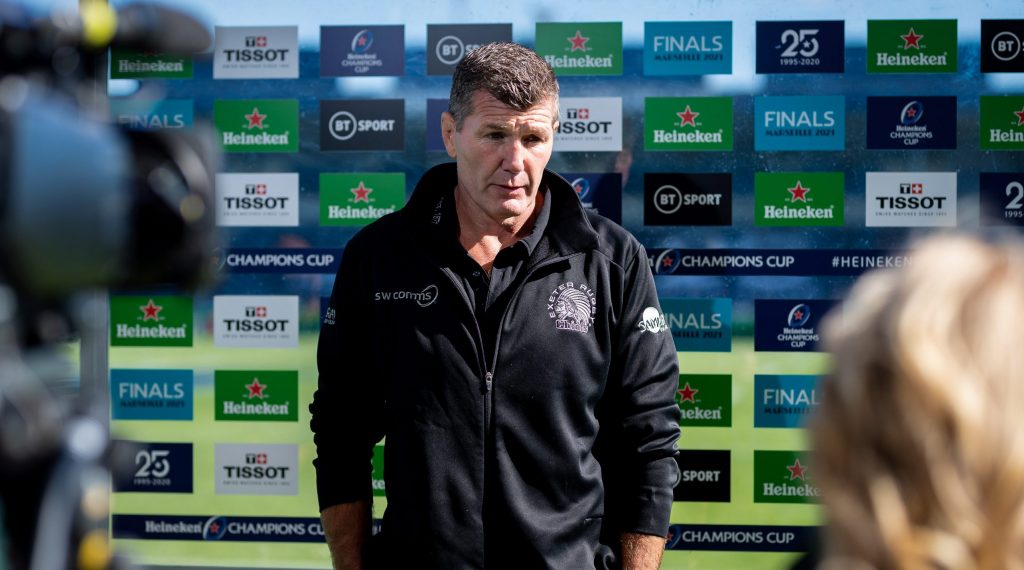 Exeter Chiefs director of rugby Rob Baxter described his side’s home Heineken Champions Cup draw against Lyon in the last 16 as “a great opportunity” for the defending champions to progress.

The Gallagher Premiership club have never played the Top 14 side and if they prevail against them on the weekend of April 2/3/4, they will have another tie at Sandy Park in the quarter-finals against either four-time winners Leinster Rugby or triple champions RC Toulon the following weekend.

“It’s an exciting draw for us,” Baxter told the Exeter website. “At this stage of the competition, you know you’re going to be facing a good side. In our case, we’re also facing a side we’ve never played before, but we’re at home and it’s a great opportunity for us.

“The good thing about being at home is that we know our place very well, we know the type of conditions that are here, and we don’t have to worry about travelling and all that comes with playing away from home.

Chiefs TV – We get the reaction from @ExeterChiefs DoR Rob Baxter, after yesterday's European Champions Cup Round of 16/Quarter Finals Draw. pic.twitter.com/rjFebdjpYo

“That said, it’s not going to be easy by any means. Lyon started the season very well and although they’ve dropped off a little bit, they’ll be like ourselves in the fact that they will be building for this game and a big end to the season over these next few weeks.

“We’ve got three big weeks in the Premiership coming up and then we’re back into Europe. It’s going to come quickly and we have to be ready and firing on all cylinders for when that game comes around.”