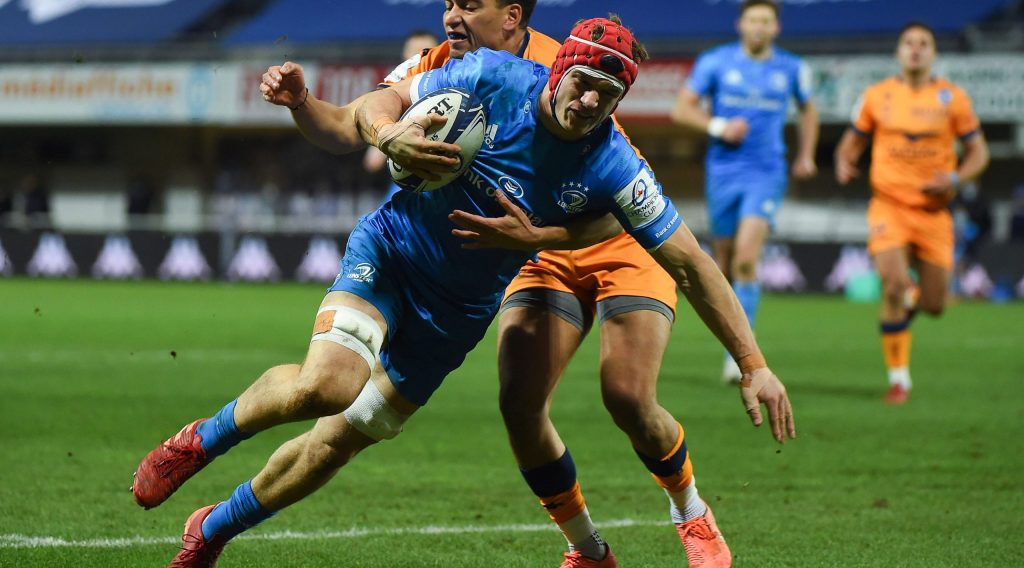 Leinster Rugby confirmed their place in this season’s Guinness PRO14 final as they beat Ulster Rugby 38-19 in an action-packed game in Belfast.

Leinster, who have also secured a place in the last 16 of the Heineken Champions Cup, opened up an unassailable lead over Ulster in Conference A after the bonus point victory.

Leinster trailed 12-3 with 15 minutes played after Marcell Coetzee and Robert Baloucoune scored for Ulster, but tries from Michael Bent, Josh van der Flier and Ed Byrne saw the visitors go into half–time with a healthy lead.

Rhys Ruddock’s try secured Leinster’s bonus point after the break, before Dan Sheehan crossed to seal the victory moments after Nick Timoney had scored for Ulster in the closing stages.

In the Top 14, last season’s Heineken Champions Cup runners-up Racing 92 were edged out by RC Toulon 25-21.

Virimi Vakatawa gave Racing the lead with a try inside ten minutes, but Toulon hit back through Gabin Villiere moments later.

Louis Carbonel duly slotted the conversion, kickstarting a 20-point haul from the tee as he guided Toulon to victory.

Bernard Le Roux crossed for Racing midway through the second half but Carbonel’s six penalties proved to be decisive.

Elsewhere in the Top 14, Toulouse eased past Brive as Joe Tekori, Francois Cros, Dorian Aldegheri and Guillaume Cramont all scored in a 42-17 win.

Matthieu Jalibert racked up 19 points as Bordeaux-Bègles beat Pau 29-23, while tries from Xavier Mignot, Thibaut Regard and Pierre-Louis Barassi saw Lyon triumph 28-20 away at Bayonne.

Can he drive his side to another title? 🏆 pic.twitter.com/5KzLA8q0SL

A Ruaridh McConnochie try for Bath and two Rhys Priestland penalties saw Exeter trail early on but tries from Tom O’Flaherty and EPCR European Player of the Year Sam Simmonds saw the visitors cut the deficit to one point at halftime.

Sam Skinner scored twice in just over five minutes as Exeter produced a strong second half performance, before Jonny Gray crossed and O’Flaherty’s picked up his second try of the day to cap a hard-fought victory.