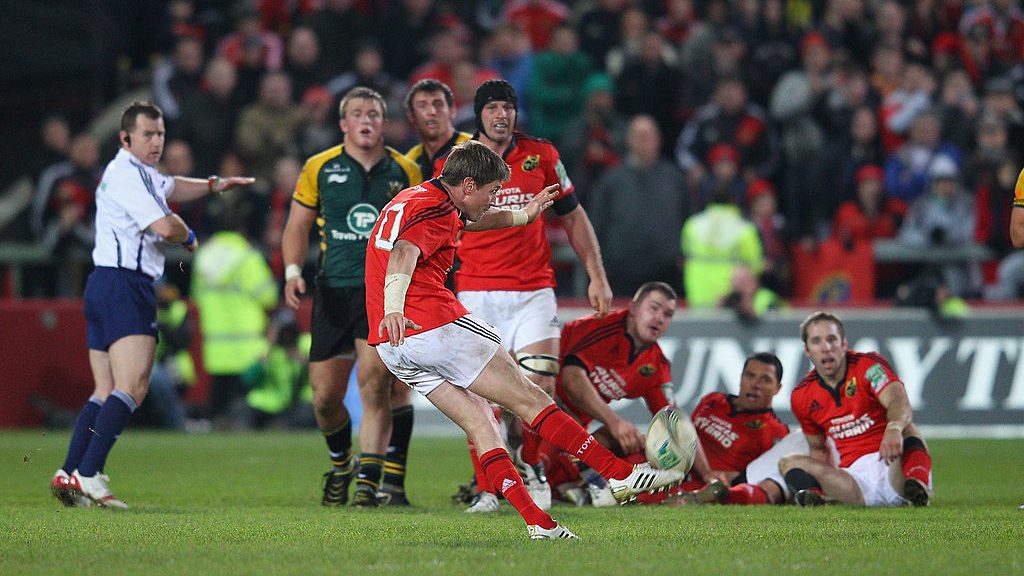 In the third category featuring some of the best moments of the last 25 years, the cracker from European Rugby’s all-time leading points scorer has been named the winner after O’Gara won the public vote and was the selection of BT Sport pundit Austin Healey.

O’Gara’s kick won 54% the vote, with Johnny Sexton’s long-range effort against Leicester Tigers in second (23%) and Jonny Wilkinson’s drop goal in the 2014 final back in third (8%)

BT Sport pundit Austin Healey agreed with the European Rugby community, saying: “The winner – and I think it’s everyone’s winner – has to go to Ronan O’Gara.

“Dropping a goal after 41 phases against Northampton in the 2011/12 season – an unbelievable scene in front of all of those screaming Munster fans.

“Northampton had defended and pushed Munster back all the way to the 10-metre line. Ronan O’Gara was stood just inside his own half, the ball comes to him and you are thinking ‘What are you doing? You are too far away’.

“He didn’t think like that and slotted it right through the middle to take the win in the 83rd minute. It is an insane kick and a very worthy winner.” 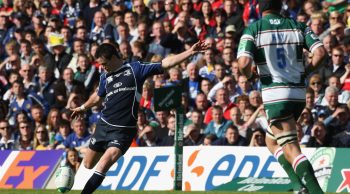