2001 final the ‘career highlight’ for Healey 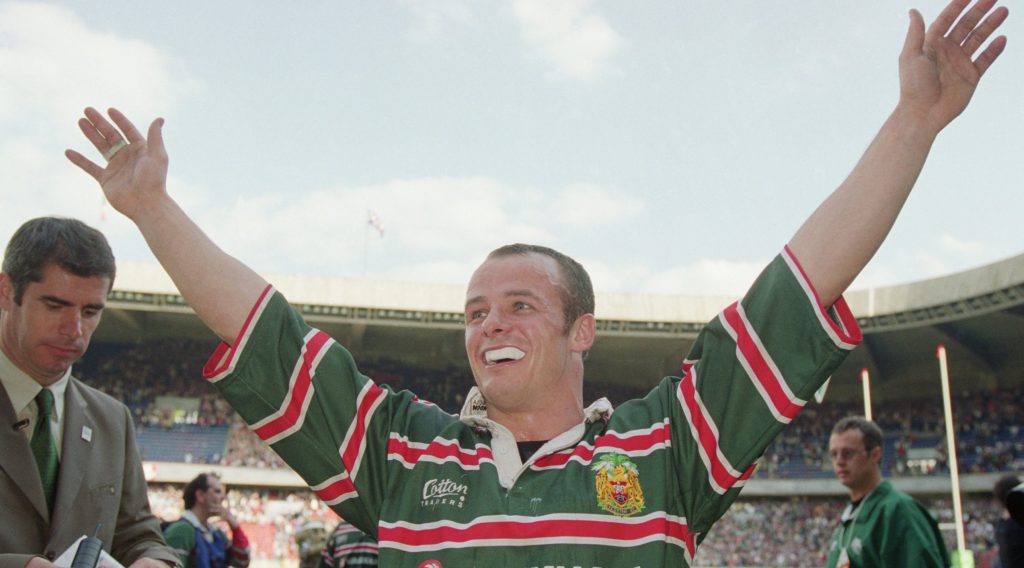 Austin Healey celebrates after the European Cup Final win in 2001

It was a dramatic final in which Leon Lloyd scored a late try for the Welford Road side in Paris to clinch victory and secure a first European crown.

“Winning the Heineken Cup back in 2001 was the highlight of my career and the best game I’ve ever played in even though I’ve played for the Lions and for England,” Healey said.

“I think if you speak to some of the players in that team like the Neil Back’s and Martin Johnson’s of this world they will say it’s the second biggest game, but they’ve played in a World Cup final!

“So it gives you an idea of the magnitude of the game, the whole feeling of the competition and the feeling of a hot, sunny day in Paris in front of thousands and thousands of Leicester Tigers fans.

“Some of them had saved for months to go there and it is a memory that will last for the rest of our lives.”

Although he describes the 2001 final as his career highlight, Healey admitted that seeing off Munster Rugby (15-9) in the 2002 final, making them the first team to defend the European Cup, was more satisfying.

“The 2002 final was strangely a little bit more satisfying. 2001 was full of emotion and euphoria but there was a designed plan in 2002 to go on and retain the title,” he added.

“We didn’t play particularly well but we had the experience from the previous year that they [Munster] probably didn’t have and that was the difference.”