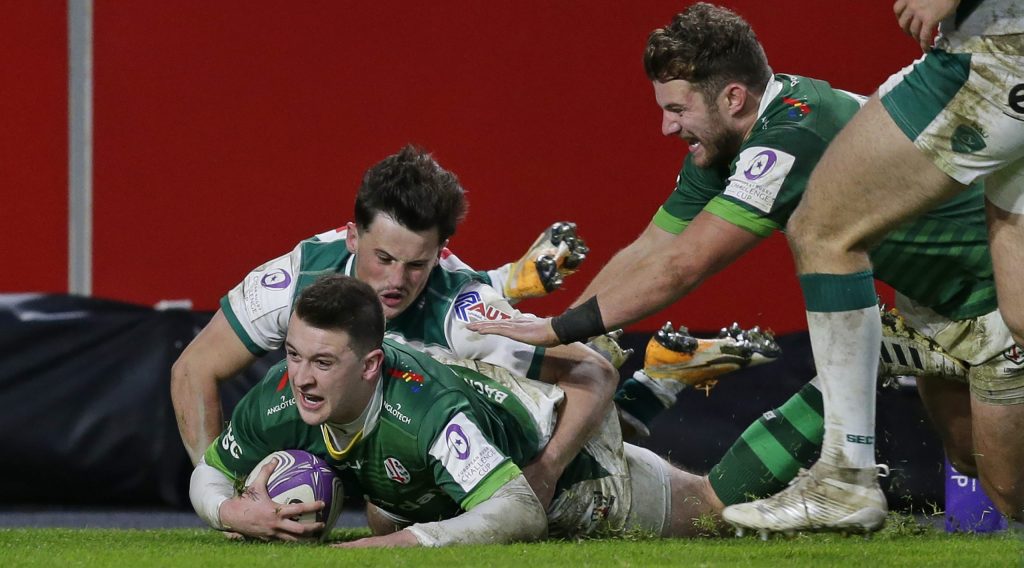 Tom Parton, who scored against Pau in the European Rugby Challenge Cup this season, completed the London Irish comeback

London Irish overturned a 25-point deficit to claim an incredible 34-34 draw against leaders Bristol Bears in the Gallagher Premiership.

Bristol, who sit 6th in Pool B in the Heineken Champions Cup Preliminary stage, produced a strong first half display and led 31-6 just before the break, but a spirited comeback from London Irish denied them what looked to be a certain victory.

European Rugby Challenge Cup Preliminary Stage leaders London Irish went ahead through a Paddy Jackson penalty in the early stages but Piers O’Conor crossed for Bristol on seven minutes to kickstart a four-try first half.

Jackson responded with a kick of his own on 25 minutes to keep London Irish in touch, but Chris Vui dotted down before Naulago scored his second try of the day.

🗣️ "To play at that next level is about how can we handle the pressure? It's a big learning curve."

A Steve Mafi score converted by Jackson with two minutes left in the half gave London Irish hope, before the visitors mounted a remarkable comeback after the break.

Sheedy added another three points to Bristol’s seemingly unassailable lead on 58 minutes, but Theo Brophy-Clews and Nick Phipps both scored in quick succession, with Jackson adding the extras to leave London Irish seven points adrift heading into the closing stages.

The hosts’ sensational recovery was then completed with three minutes to play as Tom Parton went over, before Jackson held his nerve to slot the conversion and level the scores.

Bristol remain top of the Gallagher Premiership table after the draw, while London Irish move up to seventh. 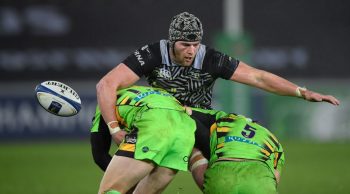