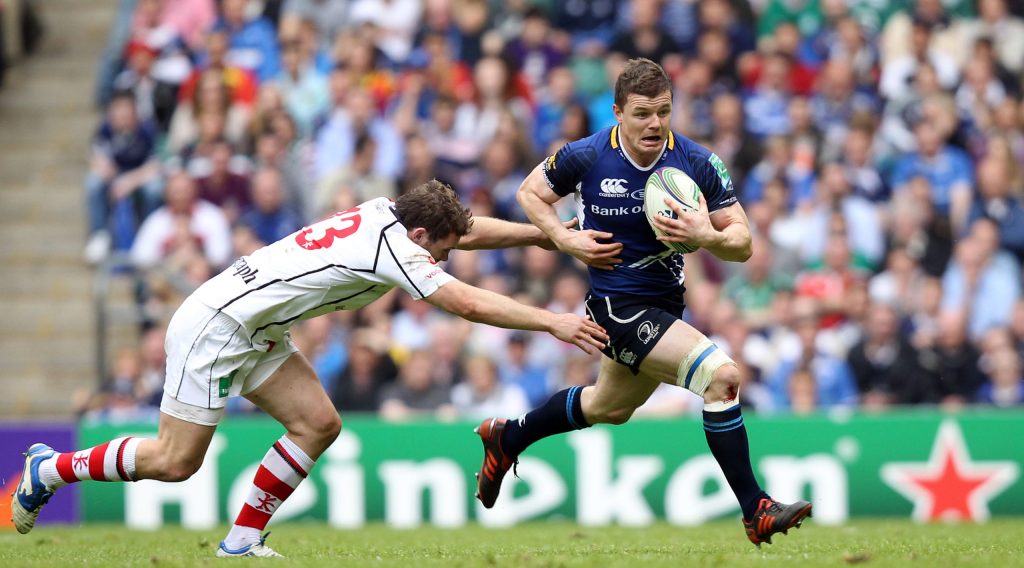 We continue our focus on Heineken Champions Cup Legends with five superb centres who have made a major impact on the tournament since its inception in 1995.

A three-time European Cup winner with Leinster, O’Driscoll tasted success in Europe’s elite club competition in 2009, 2011 and 2012. He scored 33 tries in 87 European Cup appearances, including this beauty against Munster Rugby in a Heineken Cup semi-final in 2009 at Croke Park in Dublin. The dazzling outside centre also dropped a goal in 2008/09.

Another three-time European Cup winner, Jauzion was part of the all-conquering Toulouse side who claimed Europe’s top club prize in 2003, 2005 and 2010. Arguably his best campaign came in 2009-10, when he was man of the match in the quarter-finals against Stade Français Paris before scoring this crucial try in the 26-16 win over defending champions Leinster.

A true one-club man, Rougerie enjoyed a remarkable 17 seasons in European rugby, with the vast majority of his 90 European appearances for Clermont coming in the European Cup, in which he scored 20 tries. One of his more notable efforts was this one in 2013 as the French side battled back to defeat Montpellier in the quarter-finals.

It didn’t take the Australian long to make an impact with Toulon on the European scene as he won a trio of titles in his first four seasons with the French heavyweights. That impact was especially  felt in the 2014 European Cup final, when he scored this opening try as Toulon beat Saracens 23-6 at the Millennium Stadium.

The sole member of our legendary centres to still be playing European rugby, Fofana has been a key factor in Clermont’s European success in the last decade, playing in the first two of their three European Cup finals. At the time of writing, he has 23 tries to his name in 51 European top-flight matches.

Engage with some exceptional content from Heineken Champions Cup legends through the official social media channels of the tournament.