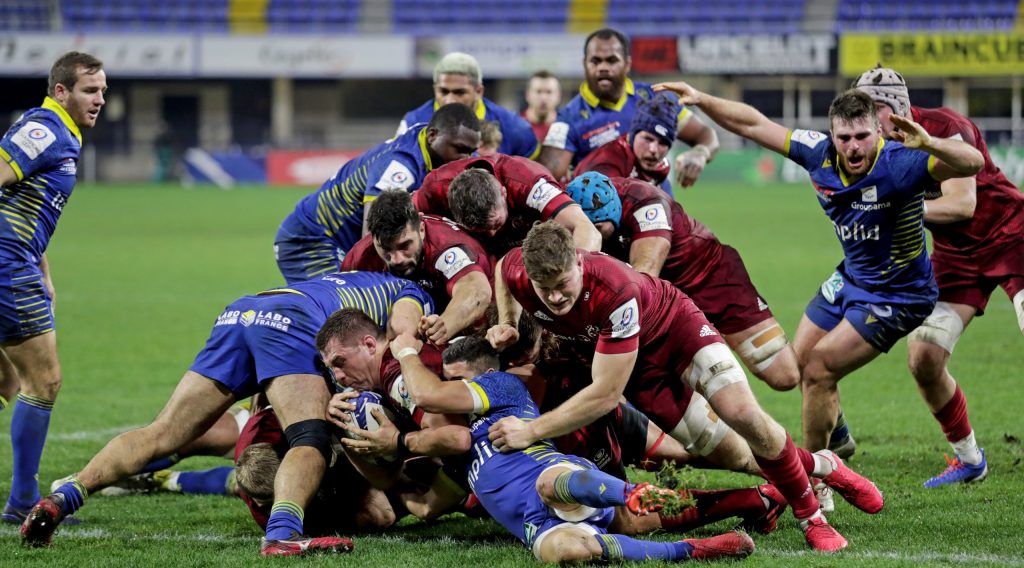 Munster Rugby and Leinster Rugby – who have a combined six European titles to their name – face off on Saturday evening in what is surely set to be a tense Guinness PRO14 clash at Thomond Park.

The two Irish provinces haven’t met in European competition since 2009 and have shared the spoils in the two Heineken Cup meetings between the sides.

As well as both sides sitting in the top four of their respective Heineken Champions Cup pools, Leinster sit second in PRO14 Conference A with eight wins from nine matches whilst Munster are top of Conference B, having also won eight from nine.

Centre Garry Ringrose makes a welcome return for Leinster, whilst fly-half Johnny Sexton will captain the four-time European champions. For Munster, back-row CJ Stander will make his 150th appearance for the Irish province, with full-back Mike Haley featuring for the 50th time.

In the TOP 14, Heineken Champions Cup contenders La Rochelle host Bayonne on Friday night, before a host of fellow French challengers are in action on Saturday.