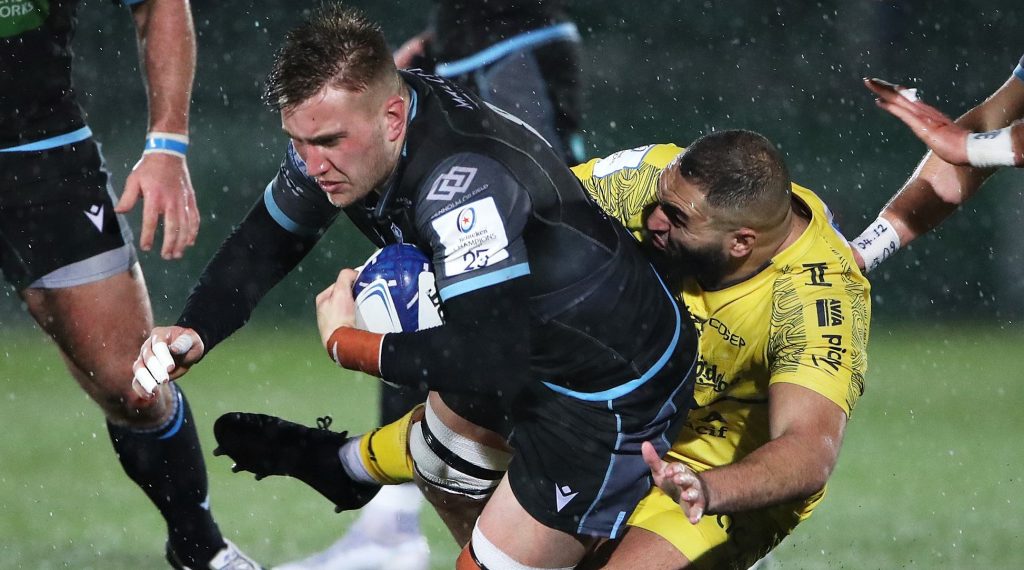 Matt Fagerson, the Glasgow Warriors No.8

Eroni Sau went over for the visitors in the 78th minute to give Edinburgh a shot at victory but Van Der Walt missed the crucial kick to give the Warriors a one-point victory.

Glasgow’s Ross Thompson kicked two early penalties in the contest before Jamie Farndale scampered over for the opening try of the afternoon for Edinburgh.

Prior to the interval, Thompson kicked a third penalty for the hosts as Glasgow scrum-half Nic Groom mistook the horn of a passing train for the half-time buzzer, gifting Edinburgh three points – Glasgow led 10-9 at the break.

Matt Fagerson and George Turner crossed the whitewash for the home side as they opened up a 23-10 lead early in the second period before the visitors mounted a dramatic comeback.

Chris Dean responded with a try for Edinburgh moments later after strong carries from Dave Cherry and Hamish Watson before Dean took the offload for the score.

With time running out, Glasgow were reduced to 14 men when Huw Jones was sent to the sin bin. Sau then notched a 78th minute try for the visitors, but Van Der Walt was unable to complete what would have been a monumental turnaround.

Bordeaux-Begles and ASM Clermont Auvergne tied 16-16 in the TOP 14 in France as the two Heineken Champions Cup hopefuls squared off at the Stade Chaban-Delmas.

Maxime Lamothe opened the scoring for the home side with a 15th minute try before Damian Penaud responded for Clermont five minutes later.

11 points from the boot of French international fly-half Mathieu Jailbert – a conversion and three penalties – was matched by the pair of Morgan Parra and Jean-Pascal Barraque – the latter kicking his first penalty in more than four years in the 76th minute to earn Bordeaux a draw.