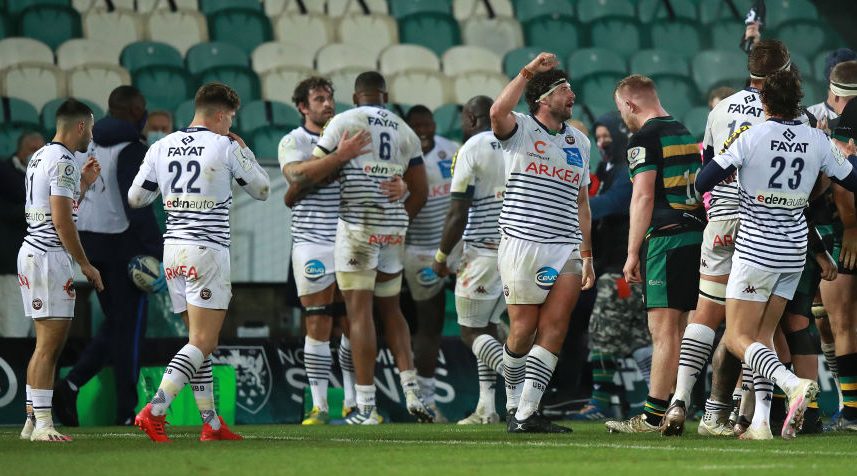 Bordeaux are the hosts tomorrow and currently sit third in Heineken Champions Cup Pool A, having snatched a priceless away victory at Northampton Saints (16-12) in Round 1 before a comfortable bonus point win (47-8) over Dragons in Round 2.

This weekend’s visitors have played out two remarkable European matches this season, first defeating Challenge Cup holders Bristol Bears 51-38 in a thriller at Ashton Gate before succumbing to a stunning second half comeback by Munster Rugby in Round 2, eventually falling to a 39-31 defeat.

The following day, unbeaten Racing 92 take on RC Toulon, who have one win and one defeat to their name in Europe this season.

The Parisians have proven too strong for Connacht Rugby in Paris and Harlequins at Twickenham Stoop, whilst Toulon edged out Sale Sharks 26-14 in Round 1.

Elsewhere this weekend in France, Montpellier host Castres Olympique at GGL Stadium whilst in the Guinness PRO14 on Saturday, Glasgow Warriors and Edinburgh Rugby will face off at Scotstoun Stadium.