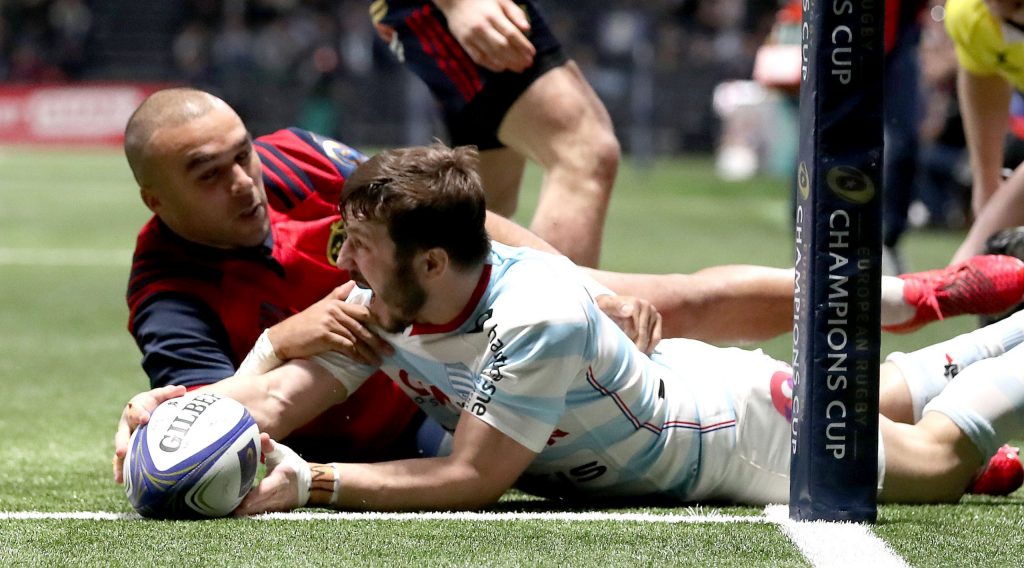 Racing 92 edged a pulsating first ever Heineken Champions Cup match at the Paris La Défense Arena on this day three years ago as they saw off Munster Rugby 34-30, although the Irish province remained top of Pool 4.

Racing scrum-half Maxime Machenaud finished with 19 points, which was enough to ensure the French side remained in quarter-final contention.

The two teams exchanged tries in the first half through flanker Yannick Nyanga and lock Jean Kleyn, with Machenaud’s boot the difference as the hosts led 13-7 at the interval.

Munster did have opportunities to draw level, but penalties were missed by both scrum-half Conor Murray and fly-half Ian Keatley.

Wing Marc Andreu then squeezed over in the corner for Racing’s second try, only for wing Keith Earls’ stunning footwork and balance to reduce the arrears to 18-14.

Racing struck a telling blow soon afterwards, though, when wing Teddy Thomas set up hooker Dimitri Szarzewski to put the home team 28-27 ahead.

A long-range penalty by Murray was swiftly followed by three points from the tee by Machenaud and the scrum-half was faultless again as he clinched a dramatic win with a late kick.

The sides went on to meet again at the semi-final stage, with Racing again coming out on top in Bordeaux, this time by a six-point margin (28-22). However, they were beaten 15-12 by Leinster Rugby in the showpiece final in Bilbao.