On This Day: Quins rally for famous victory 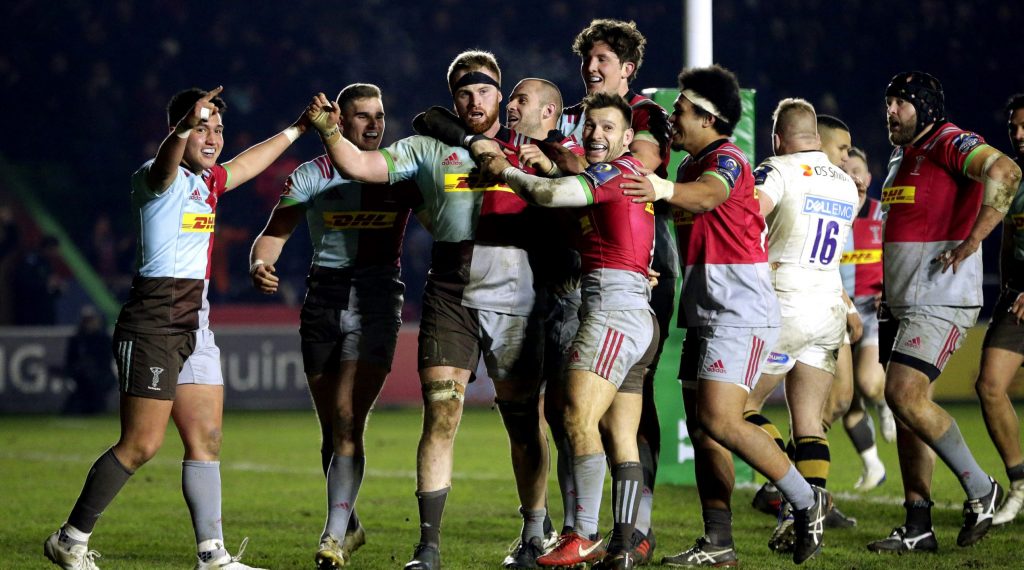 Harlequins rallied from 28-12 down to defeat Wasps 33-28 in an epic encounter at Twickenham Stoop on January 13 in the Heineken Champions Cup in 2018.

Wasps looked set to move to within two points of Pool 1 leaders Ulster Rugby with a bonus-point win as centre Kyle Eastmond, No 8 Nizaam Carr and prop Ashley Johnson scored tries in the opening half–hour.

Harlequins refused to give in, though, replacement wing Ross Chisholm crossing the whitewash before fly-half James Lang converted his own try to reduce the deficit to 21-12 at the break.

When Wasps centre Brendan Macken added a fourth try for the visitors to extend their lead to 16 points and bring up the bonus point, the job looked done for Dai Young’s side.

However, Quins boss John Kingston had other ideas, bringing on fly-half Marcus Smith, who went on to inspire one of the best comebacks of the season.

James Haskell was then shown a straight red card as Wasps struggled to absorb the Harlequins pressure and the hosts turned it around in the dying embers of the match as James Chisholm dotted down, with Smith’s conversion completing a remarkable comeback.