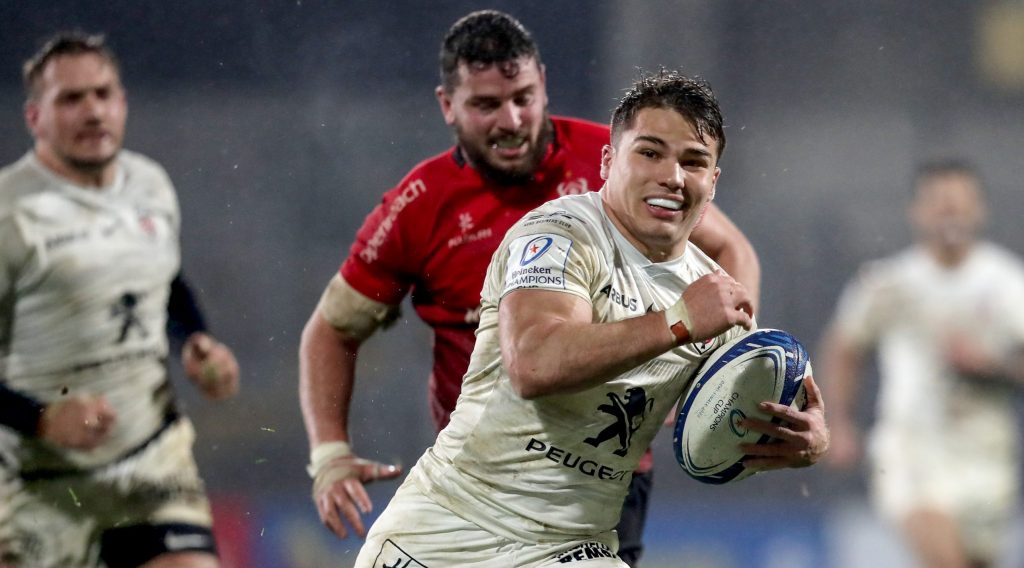 Toulouse ran in seven tries as they proved too strong for Stade Francais Paris at Stade Ernest Wallon, with wing duo Yoann Huget and Matthis Lebel both crossing the whitewash on two occasions.

Tries from mercurial scrum-half Antoine Dupont and No.8 Antoine Miquel as well as a penalty try rounded off the scoring in a 48-24 win for Toulouse, who sit third in Heineken Champions Cup Pool B following bonus point wins over Ulster Rugby and Exeter Chiefs.

Bordeaux-Begles and Argentina wing Bautista Delguy grabbed a brace as they defeated Lyon 31-9 at Stade Chaban-Delmas.

Both sides remain unbeaten in the Heineken Champions Cup this season, with Bordeaux sitting third in Pool A and Lyon sitting top of Pool B.

Elsewhere in the TOP 14, ASM Clermont Auvergne defeated Pau 42-31 at the Stade du Hameau whilst Brive fought back from 19-0 down to edge out Montpellier 23-22.

And in the Gallagher Premiership, prop Ollie Hoskins scored a last-gasp try to help London Irish salvage a 27-27 draw against Harlequins at Twickenham Stoop.

The hosts led thanks to tries from fly-half Marcus Smith, full-back Mike Brown and scrum-half Scott Steele but were reeled in late by the Challenge Cup preliminary stage table leaders.