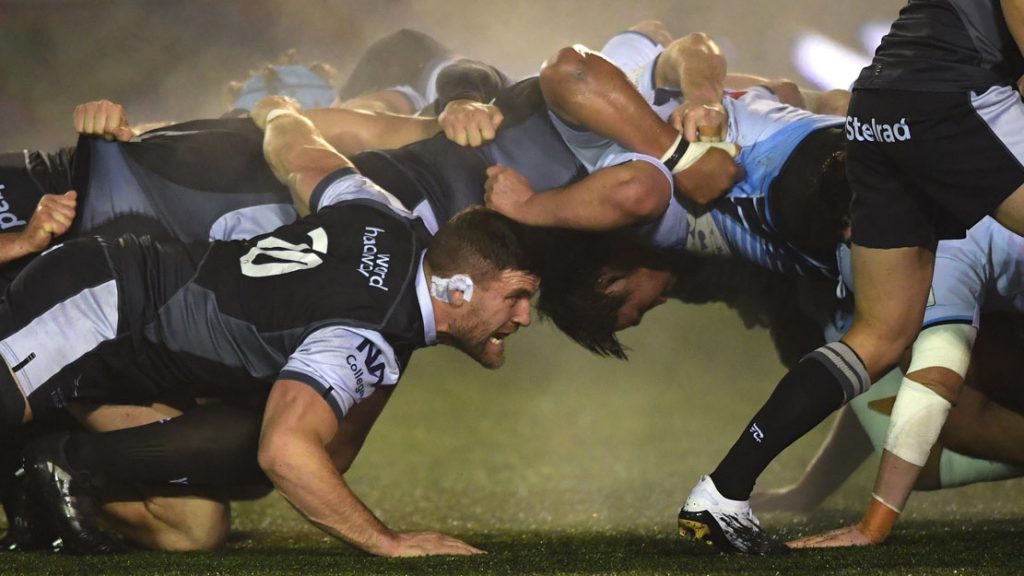 Ospreys and Cardiff Blues – who have both enjoyed unbeaten starts to the preliminary round stage of this year’s Challenge Cup – defeated Dragons and Scarlets respectively in the Guinness PRO14.

14 points from the boot of Jarrod Evans punctuated Cardiff’s 29-20 victory over Scarlets – Willis Halaholo, Rey Lee-lo and Tomos Williams scampering over for the Blues.

A 37th minute red card for Scarlets’ Liam Williams aided Cardiff’s triumph as the visitors played the entire second half with 14 men.

Ospreys were also victorious on Saturday in a 28-20 win over Dragons, Stephen Myler starring with 13 points as they edged out their Welsh rivals in Newport.

Full-back Mat Protheroe notched a first half try before George North and replacement Scott Otten scored in the second period in the hotly contested encounter.

See who else makes the top four 👇https://t.co/Qb0q0JffUb

A stunning third minute try from wing Adam Radwan set the wheels in motion as Falcons moved the second in the table.

Matias Orlando added a second soon after to give the hosts a 12-0 lead before the visitors replied with a try of their own before the break. An added time try from replacement hooker George Mcguigan eventually decided the game’s fate in a tense second half.

In the Top 14, Castres Olympique earned a bonus point victory against Agen – scoring five tries in a 39-23 victory.

A brace from Geoffrey Palis plus solo scores from Gaëtan Barlot, Wilfrid Hounkpatin and Vilimoni Botitu were enough to see off the visitors – Benjamín Urdapilleta adding 11 points from the tee.