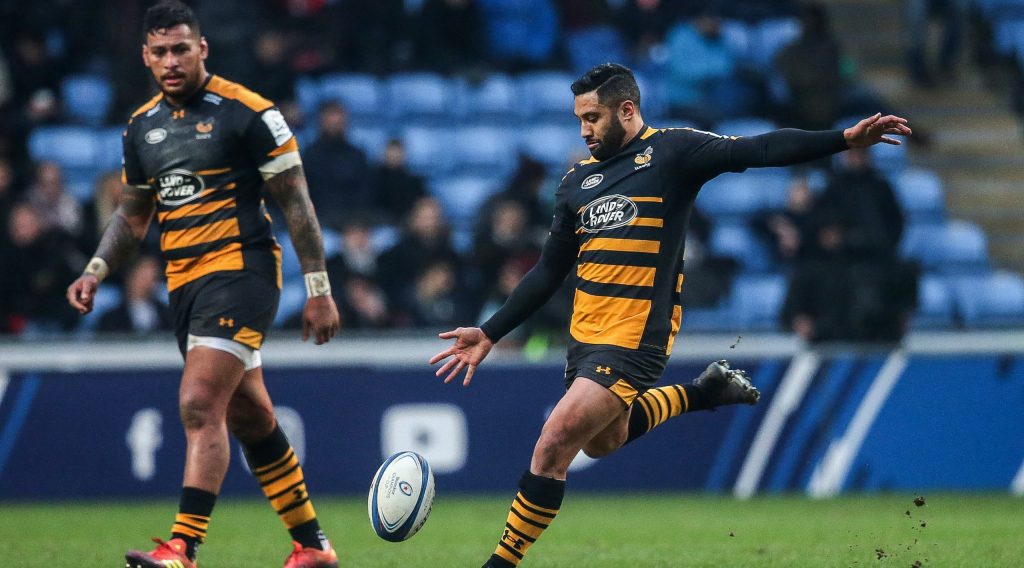 Wasps proved too strong for Heineken Champions Cup winners Exeter Chiefs in the Premiership on Saturday, when there was also a shock PRO14 home defeat for Pool A leaders Leinster Rugby at the hands of Connacht Rugby.

Wasps, behind Leinster on points difference alone in Pool A, scored five tries in a comprehensive 34-5 home success over the reigning Premiership champions, who suffered their first defeat since October.

The Coventry-based side took full advantage of an Exeter team missing seven regulars, although they could still count on EPCR European Player of the Year winner Sam Simmonds and his brother, fly-half Joe.

James Gaskell and Simon McIntyre both grabbed a brace of tries in a repeat of last season’s Premiership final, while Lima Sopoaga also crossed the whitewash and added nine points from the kicking tee for Wasps.

Meanwhile, four-time European champions Leinster were beaten 35-24 by Connacht, ending a run of 26 matches without defeat in domestic competition for the Irish province.

Last season saw @ExeterChiefs get their hands on the #HeinekenChampionsCup title for the first time, but who are you backing for glory this time around? 🏆 pic.twitter.com/6VthzLZPSV

A Jack Carty brace and a further try from Alex Wootton helped Connacht to a 25-5 half-time lead, and although Leinster rallied in the second half, Tom Daly’s converted try secured the points for the visitors.

Elsewhere in the PRO14, Edinburgh edged out Glasgow Warriors 10-7 at BT Murrayfield in their 1872 Cup clash, with a Magnus Bradbury try proving crucial for the hosts, and Ulster Rugby defeated Munster Rugby 15-10 in the other all-Irish encounter.

The trio are all still unbeaten in the Heineken Champions Cup this season and currently sit in the knockout stage places ahead of the final two pool stage matches later this month.