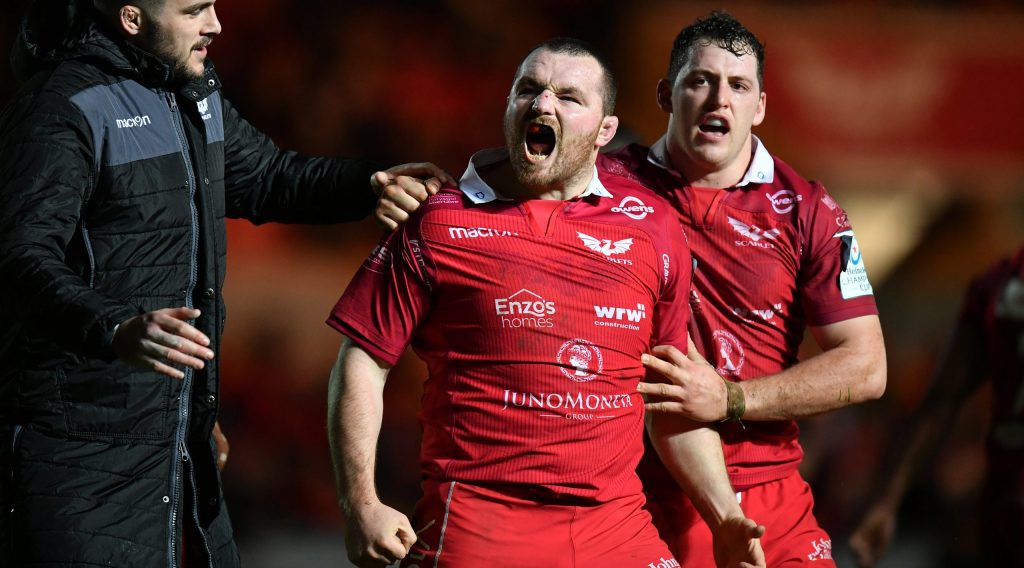 Scarlets, who have won both their Pool A games to lie a point behind the leaders, notched their   fourth consecutive win in all competitions with a 20-3 PRO14 success over Dragons, while Bristol, sixth in Pool B after a win and a defeat, beat Newcastle Falcons 29-17 to rise to second in the Premiership.

Scarlets left it late to defeat Dragons, who are currently bottom of Pool A in the Heineken Champions Cup, and only led 6-3 via two Dan Jones penalties until the 57th minute.

Then Sione Kalamafoni crossed for a try converted by Jones to give the home side some breathing space, before Sam Costelow touched down in the final minute for a score that he improved.