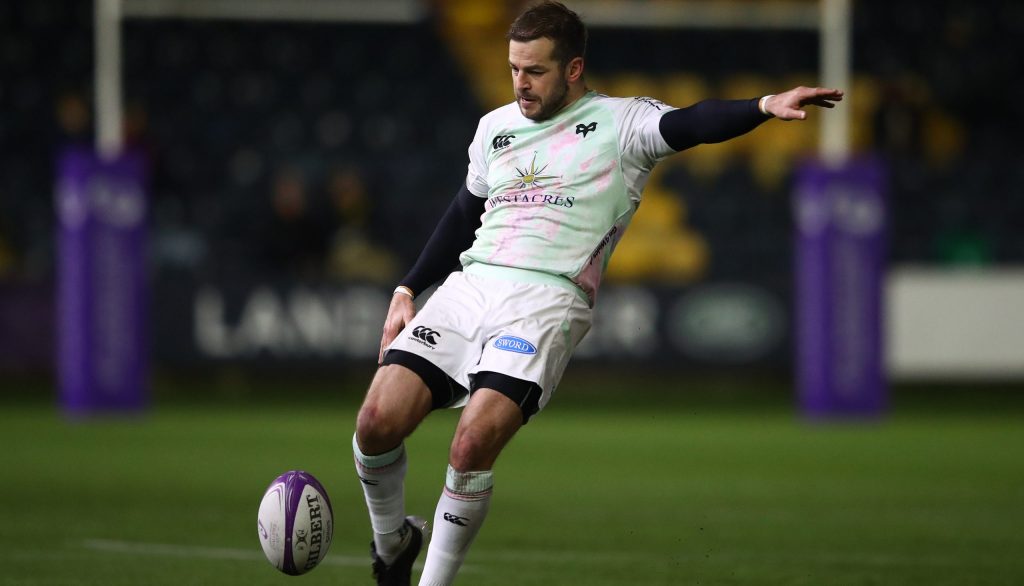 Ospreys’ Steve Myler leads the way in the European Rugby Challenge Cup points-scorers after the opening two rounds of the Preliminary Stage. Here we review his contribution and highlight the other players in the top five.

Myler has been in exceptional form so far in the Challenge Cup, notching double-digit points tallies in both Ospreys victories to date.

He kicked four conversions and two penalties in 39-15 thumping of French side Castres Olympique, before adding 16 more points in the 38-29 win over Worcester Warriors via two conversions and four penalties.

Worcester have been on the wrong end of two close scorelines in the competition to date with defeats against Pau and Ospreys, but that has not prevented Shillcock occupying second place in the points-scorers’ table.

Eight points against Pau via two penalties and a conversion were followed by nine from three conversions and a penalty against the Welsh region.

Cardiff have had an exceptional start to the Challenge Cup in 2020 with victories over Newcastle Falcons and Stade Francais Paris – and fly-half Evans boasts third place in the points-scorers’ standings as a result.

That feat is even more impressive as Evans only appeared in the Round 1 victory over Newcastle, when he kicked two conversions and four penalties.

Three tries in two games from the hooker have earned the Welsh international a place on the points-scorers’ leaderboard.

He barrelled over for a double in the 39-15 win over Castres Olympique before adding a further try in the 38-29 thriller against Worcester Warriors.

The Zebre outside half is another player who needed just one performance to attain a place in the top points-scorers’ standings.

Rizzi kicked 10 points in the Italian side’s 25-25 tie with Bayonne and added a try in one of the matches of the competition to date.