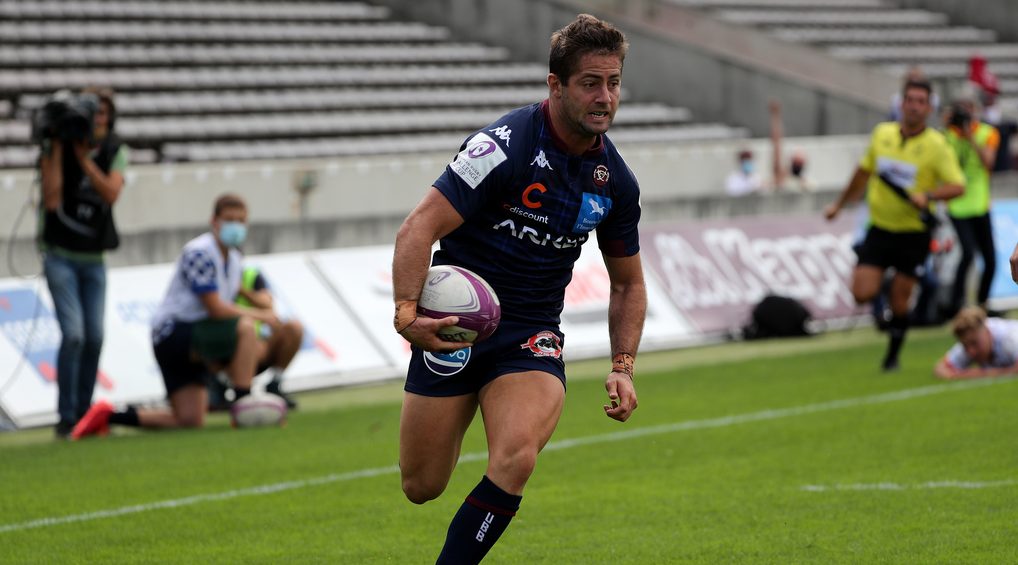 With the opening two rounds of this season’s Heineken Champions Cup completed, we take a look at who is leading the try-scorer charts ahead of the third round of Pool Stage matchups in January – and French-based players are leading the way.

The Bordeaux Bègles back has had a fantastic start to the 2020/21 Heineken Champions Cup season for last season’s European Rugby Challenge Cup semi-finalists.

After scoring a 72nd minute try to earn a Round 1 16-12 victory over Northampton Saints, the pacey Argentinian notched a stunning hat-trick in a 47-8 demolition of Dragons in Round 2.

Top 14 side Lyon got off a blistering start to the Heineken Champions Cup in 2020/21, winning two games from two by a combined 83-10 over Gloucester Rugby and Glasgow Warriors.

Winger Mignot contributed a hat-trick in the French club’s opening-day 55-10 victory over Gloucester – more than doubling his career tally in the competition, from two to five.

Plenty of #HeinekenChampionsCup stars were in action yesterday 🤩@racing92, @StadeToulousain and @staderochelais were victorious in France 🇫🇷

While @WaspsRugby and @UlsterRugby were winners in their respective comps 💪

It’s little surprise to see a pair of ASM Clermont Auvergne players among the leading try-scorers, with the French outfit amassing 11 in the opening two rounds.

Penaud scored twice in Clermont’s 51-38 triumph at Challenge Cup winners Bristol Bears, before notching his third try of the competition in the 31-39 reverse against Munster Rugby.

Fellow Clermont back Matsushima also makes the top four after his stunning performance in the season opener against Bristol.

The Japanese international grabbed a hat-trick as the French side produced an inspirational display of attacking rugby and he has now scored four tries in just three Heineken Champions Cup matches, dating back to his first appearance last season.