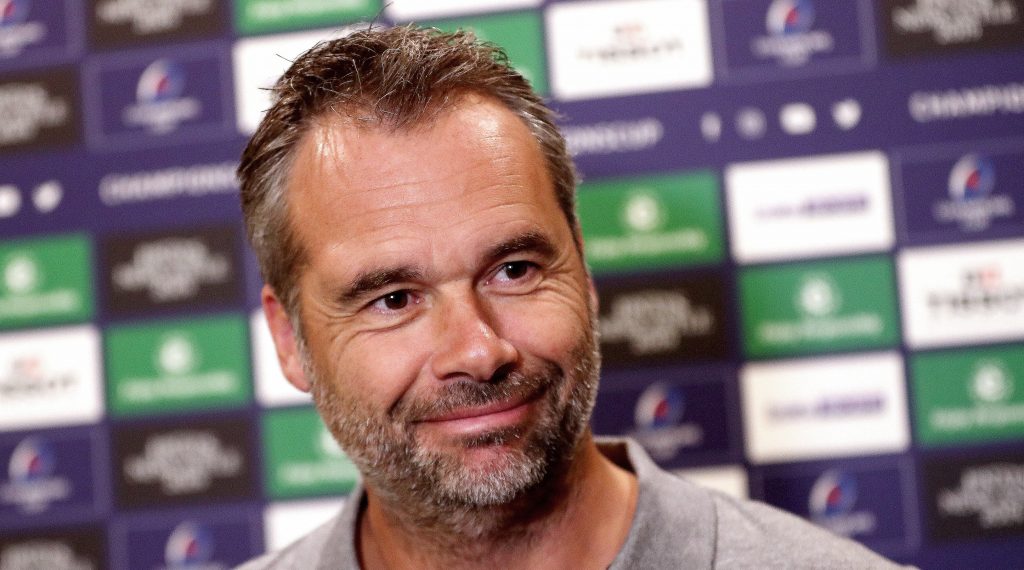 Toulouse head coach Ugo Mola has declared that he “can’t wait to welcome the European champions” to Stade Ernest Wallon this weekend for a repeat of last season’s Heineken Champions Cup semi-final.

The last-four clash was held at Sandy Park in September and went the way of Exeter Chiefs, who edged out the four-time winners 28-18, but Mola is eager to lock horns with the English club on French territory this time on Sunday.

“On the day, we were able to compete for a large part of the match by trying to play our rugby and I think that Exeter were at their peak in terms of confidence and the rugby they’ve been playing, which is their strength and has been for several seasons,” he said.

“I think their dominance will go on for a while, because they’ve put together a strong squad and are well-placed to dominate the English league.

Over in Pool B, five sides got off to an absolute flying start with massive BP victories 👊@LeLOURugby and @ExeterChiefs took advantage in Round 1 to give their points difference a welcome boost 👀

Which four sides will make it into the #HeinekenChampionsCup quarters? pic.twitter.com/AOxN0RgVqV

Mola stressed that his side cannot afford to drop any points in this season’s competition if they are to qualify for the knockout stage, with only eight teams making it through from two pools of 12.

“The difficulty of this competition, with the draw meaning everyone’s ended up in a pool of 12, is that every match, or each point dropped along the way, could prevent you from qualifying,” he added.

“Our pool is very tough. I don’t want to say it’s the toughest, but either way it seems pretty stacked. And it’s clear that, pretty quickly, we’ll start to see which teams will be able to qualify.

“We always want to compete at a very high level. Our ambition’s always to compete in this competition. We’re very fond of the [Heineken] Champions Cup, so it’s up to us to live up to our past glory.”

The Toulouse-Exeter Chiefs tie, which kicks off at 15:15 British and Irish time, will be televised live on FR2, beIN SPORTS, BT Sport and Sky Italia.