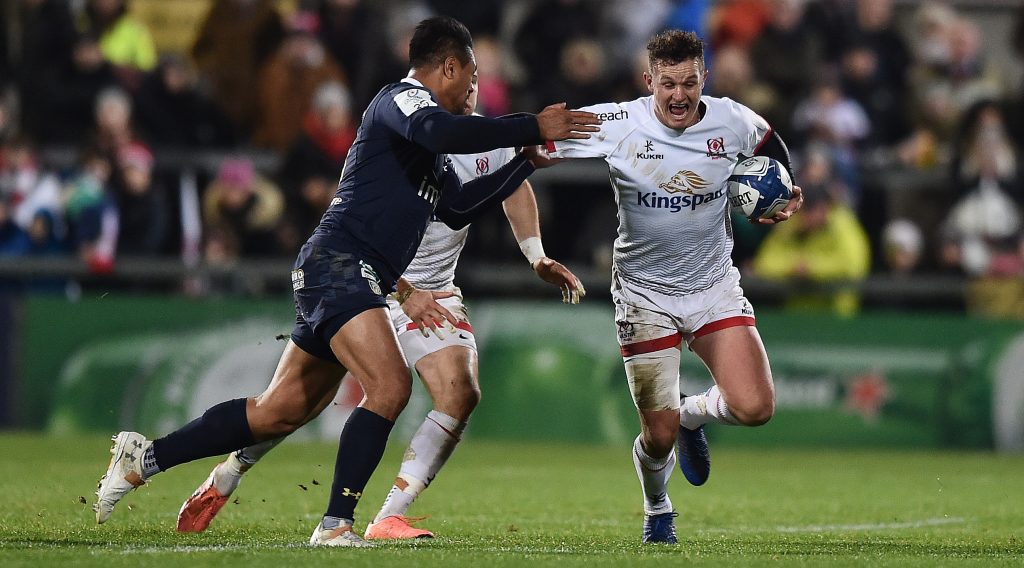 With the Heineken Champions Cup less than a fortnight away, Ulster Rugby fly-half Billy Burns chalked up 15 points in his first start for Ireland on Sunday in the Autumn Nations Cup against Georgia.

Elsewhere, centre Henry Slade – who will be aiming to help Exeter Chiefs to a second successive Heineken Champions Cup title this season – notched England’s first try in their 24-13 win over Wales at Parc y Scarlets on Saturday that saw them advance to the final of the Nations Cup.

Johnny Williams, who will be hoping to make his Heineken Champions Cup debut for Scarlets this season, had put Wales ahead in the first half with a try converted by fellow Scarlet Leigh Halfpenny, but Wales’ only scores after that were two penalties from Northampton Saints fly-half Dan Biggar.

England’s victory set up a final with France, who beat Italy 36-5 in Paris, with RC Toulon wing Gabin Villiere and scrum-half Baptiste Serin both registering tries, Villiere on his Test debut.