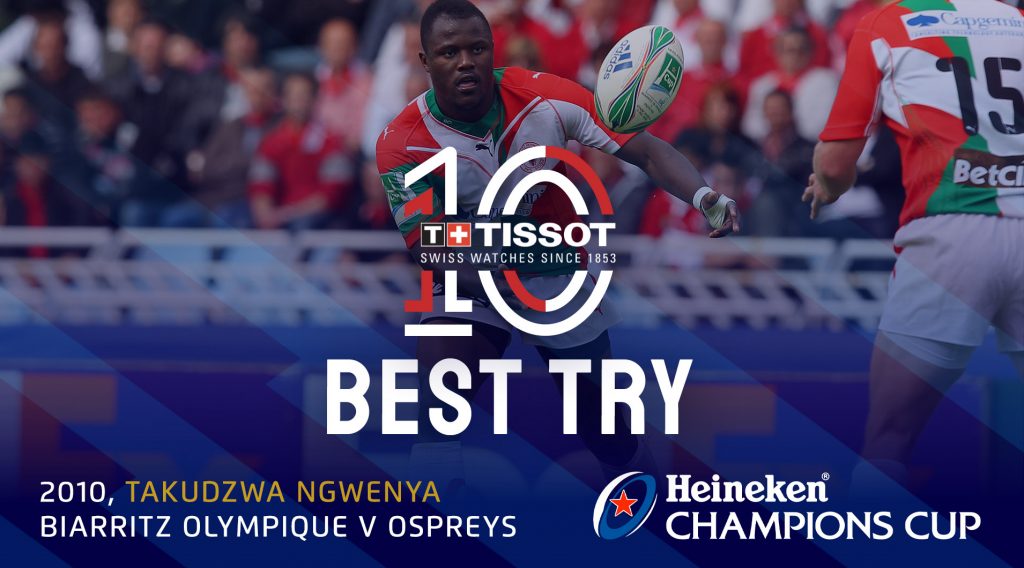 After a tight vote between 10 of the greatest tries in Heineken Champions Cup action since the tournament started in 1995, as well as the views of European Rugby legend Bryan Habana, it was Biarritz wing Takudzwa Ngwenya’s stunning 80-metre try in San Sebastián during the French side’s Heineken Cup quarter-final win over Ospreys in April 2010 that claimed top spot in our Tissot 10 competition.

As part of the celebrations of a quarter of a century of rugby in what is now the Heineken Champions Cup, EPCR and Official Partner Tissot have come together to give you the chance to select the best try, place kick and drop goal since the tournament started in 1995.

In the first category featuring some of the best moments of the last 25 years, with Ngwenya’s brilliant individual score taking the prize, ahead of Peter Stringer’s try for Munster Rugby against Leicester Tigers in 2003 and Matt Hopper’s try for Harlequins against ASM Clermont Auvergne in 2013.

Hundreds of vote were cast and alongside the views of Channel 4’s two-time European Cup winner Bryan Habana, Ngwenya’s stunning try was selected as a worthy winner.

“Not for Takudzwa Ngwenya burning me in that 2007 game between the Springboks and the USA at the World Cup, but the brilliance of a finish 85 metres from his touchline, the pace down that right-hand touchline, the hand-off and the ability to get that Biarritz crowd on their feet was exceptional in every element of that game,” Habana said.

“I think, Takudzwa, yes, you had pace, but that finishing ability was something else.”

Watch out for the start of our Tissot 10 place kicks, starting on Monday! 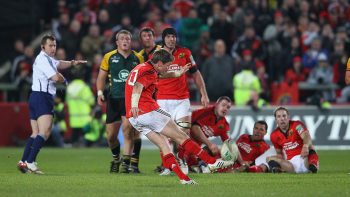