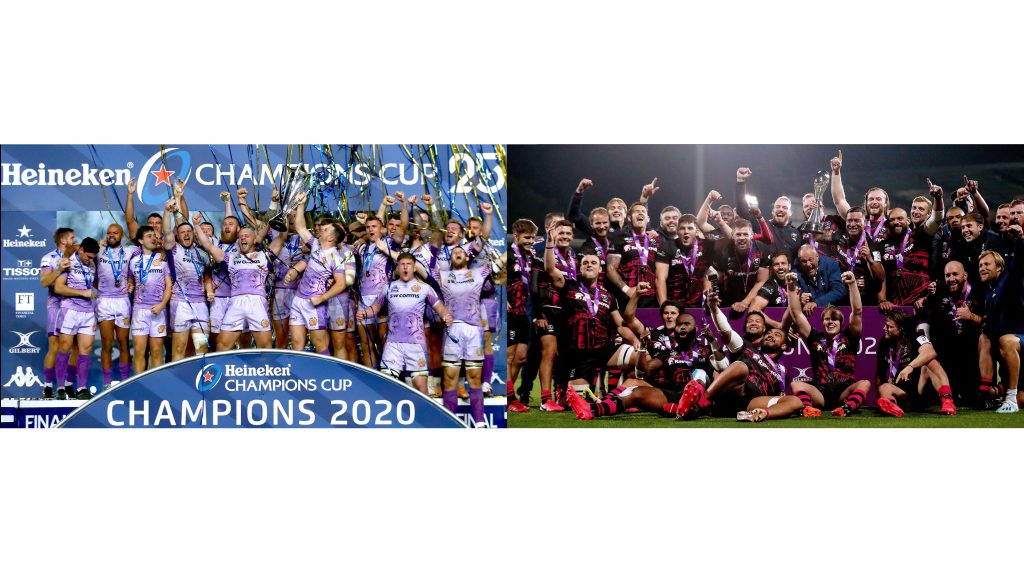 Exeter Chiefs, who secured a first top-flight European title in such magnificent style last month, will begin their defence of the Heineken Champions Cup with an opening round clash against Glasgow Warriors on Sunday, 13 December.

The Pool B contest at Sandy Park, which will be live on BT Sport, is one of a series of high-quality matches in the fixture schedules of the 2020/21 Heineken Champions Cup and Challenge Cup which have been announced by tournament organisers EPCR.

The television coverage in the United Kingdom and Ireland of this season’s expanded Heineken Champions Cup continues to be lead by BT Sport who will once again broadcast every match live. The 24-club competition, featuring nine previous winners with 19 titles between them, will also be available on a free-to-air basis with one key match per round on Channel 4 and Virgin Media.

The opening free-to-air match which pits recent Challenge Cup winners, Bristol Bears, against experienced European campaigners, ASM Clermont Auvergne, at Ashton Gate in Pool B on Saturday, 12 December is certain to be a Round 1 highlight.

On the same day, Guinness PRO14 champions, Leinster Rugby, start their quest for a record fifth title against Montpellier at the GGL Stadium in Pool B, while Wasps, who were defeated by Exeter Chiefs in the Gallagher Premiership final, take on the Dragons at Rodney Parade in Pool A as the Welsh region makes a return to the tournament for the first time in 10 years.

The journey to the 2021 finals weekend in Marseille gets under way on Friday, 11 December when former winners, Northampton Saints, host the number one-ranked TOP 14 representative, Bordeaux-Bègles, at Franklin’s Gardens in Pool A, followed by the Pool B meeting of Ulster Rugby and four-time champions, Toulouse, at the Kingspan Stadium.