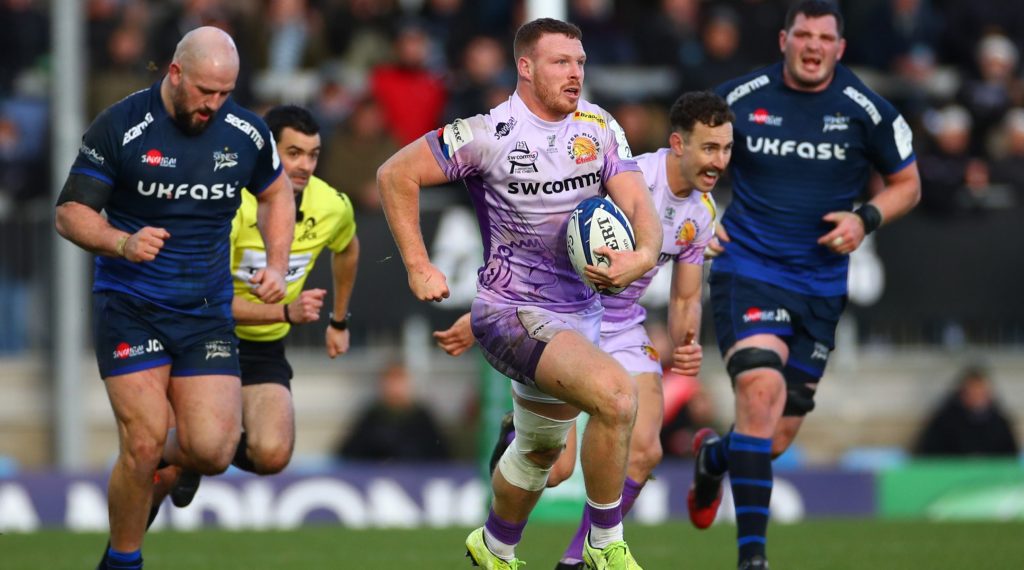 The longest European rugby campaign on record closed with one of the best finals ever, so here we reflect on the 2019/20 Heineken Champions Cup season in numbers.

🎊 A massive congratulations to @ExeterChiefs star and #EPOTY2020 winner @samsimmonds_ 🎊

8 – Exeter’s Sam Simmonds was the tournament’s top try-scorer and his total was a record for a forward in a single season.

11 – Toulouse’s Julien Marchand won the most turnovers in 2019/20 in his eight matches.

All the emotions from @ExeterChiefs as they secured #HeinekenChampionsCup victory 💪

What was your reaction as that last penalty went over and (eventually) the final whistle went? pic.twitter.com/ZzWKi1OmDM

12 – Exeter are the 12th club to have their name engraved on the trophy in the 25-year history of the tournament.

17 – Toulouse’s Sofiane Guitoune recorded the most offloads in his eight outings.

19 – Racing’s Juan Imhoff notched the most clean breaks in his nine games.

38 – Exeter were the campaign’s leading try-scorers.

53 – Racing’s Virimi Vakatawa beat the most defenders in his nine appearances.

On #StatsDay2020, we're celebrating a MONSTER performance from flanker @dave_ewers 💪

He was superb once again as @ExeterChiefs fought their way to a maiden #HeinekenChampionsCup title 🏆 pic.twitter.com/7eGwtG6ubZ

95 – Exeter’s Joe Simmonds – the youngest captain in the tournament’s history to lift the trophy at 23 years, nine months and 17 days – finished the season as the top scorer, with his tally made up of two tries, seven penalties and 32 conversions in nine appearances. His goalkicking success rate of 95% was also the best of the campaign.

134 – Exeter’s Dave Ewers was the tournament’s top tackler in his nine games.

283 – Exeter finished the season as the highest points-scorers.