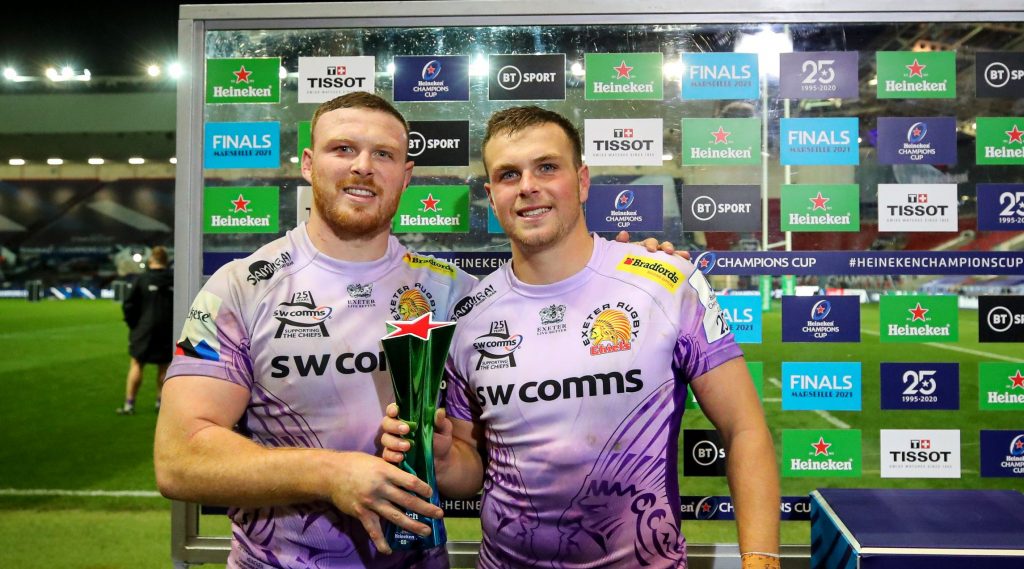 EPCR European Player of the Year winner Sam Simmonds has praised his brother and Exeter Chiefs captain Joe Simmonds for leading his side to their maiden Heineken Champions Cup crown on Saturday afternoon.

Joe won Heineken Star of the Match after a commanding display that helped Exeter secure a 31-27 win over Racing 92 at Ashton Gate in one of the greatest European finals in recent memory.

And although Sam landed the EPCR European Player of the Year award, he heaped praise on his brother for epitomising the Exeter spirit throughout this season’s European campaign.

“It’s absolutely massive sharing this with Joe today,” said the 25-year-old. “It doesn’t matter that there’s no fans here because this group of players is incredible.

“Joe epitomises that as a 23-year-old captain, leading us to this and having a great game like he did is just amazing. I can’t believe it.

It's the Simmonds brothers' world, we're just living in it 🌍

Thoughts on this pair? pic.twitter.com/r0UwhVeQke

“Winning the Premiership was massive but to win this and to have a chance at the double, I think everyone at the club will be ecstatic.”

Joe added that his side were aware of the threats posed by Racing 92, including their ability to fight back despite two early tries from the eventual winners.

“I think we knew all week that they had a lot of threats in the back line and the forward pack,” the 23-year-old added.

“We knew when we scored two early tries that they would come back at us and they did that. We came in at half-time up and our focus was to grind out and do what we do.

“Luckily we did it at the end!”