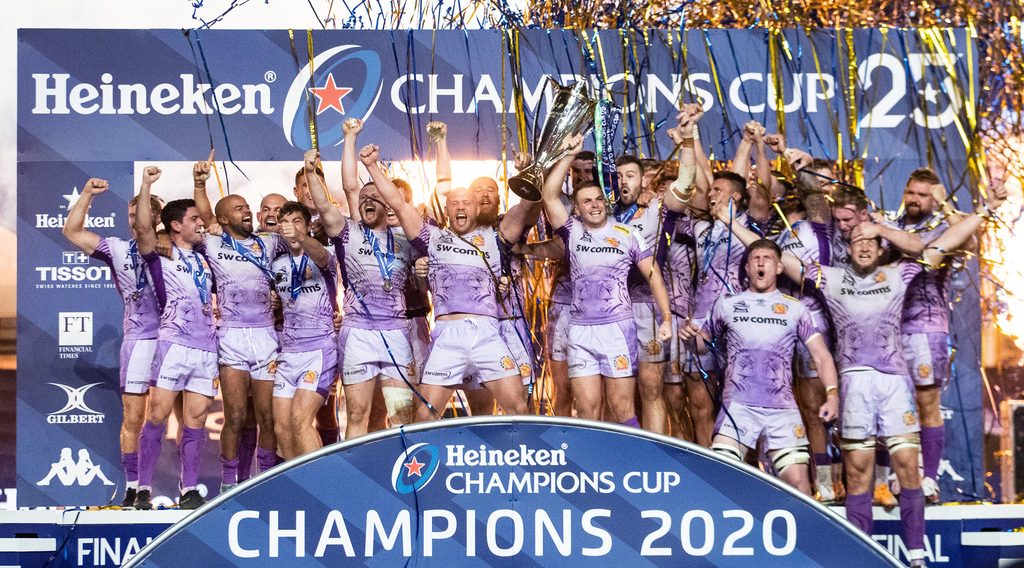 Exeter Chiefs full-back Stuart Hogg has said that his boyhood dream is complete after his side lifted the Heineken Champions Cup in dramatic fashion on Saturday.

In one of the all-time classic European finals, it was Exeter who came out on top, seeing off Racing 92 in a 31-27 win at Ashton Gate.

And Hogg – who was nominated for EPCR European Player of the Year – admitted that it was a boyhood dream to win Europe’s elite club competition.

“We’ve worked incredibly hard for this,” said the Scottish international. “Not just this season but the boys that have been here for ten years when they were in the Championship.

“This club has been growing ever since and we are delighted with that. For me, I’m just a boy living a dream.

"It's just an absolute honour to be a part of this team."

"These boys will absolutely empty the tank for each other."

You could see it start to sink in for Stuart Hogg during his chat with @Sarraelgan…@ExeterChiefs are a special rugby club 🙌 pic.twitter.com/tZCeZuKcWS

“I’ve had the opportunity to come here and express myself and I’ve had a hell of a lot of fun this season and I think you can see that in the way I have been performing.

“It’s a pleasure to be part of this team and to lift a European trophy is starting to sink in now.

“The boys are absolutely buzzing with that because it’s been a long, long time so we’re going to enjoy this one.

“We come here and work incredibly hard to get the best out of ourselves and the team. We challenge each other and I think you can see that in our performances and that’s why we enjoy these wins so much.

“We’ll have a few beers on the bus back and enjoy each other’s company!”