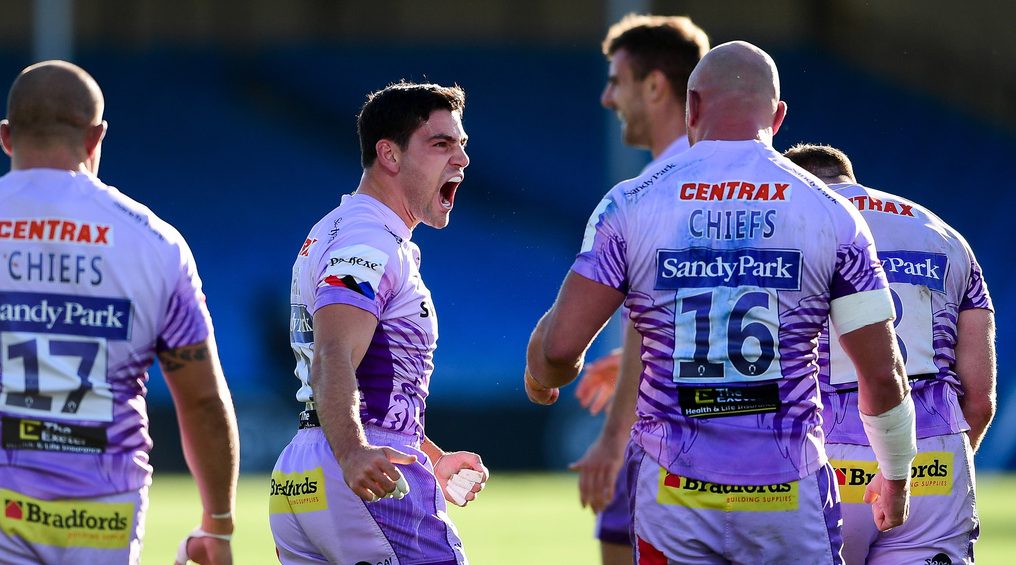 Having played six matches for the Parisian club as a replacement for Maxime Machenaud while the France scrum-half was away on World Cup duty last year, the 12-time Scottish international is fully aware of the danger Racing’s backs pose, especially their powerful centre.

“All the Racing threequarters are dangerous, but for me, Virimi Vakatawa is the most impressive,” he said. “He makes an incredible difference.”

Racing was one of four clubs the 27-year-old played for during a nomadic couple of years after seven with Edinburgh Rugby, but he is now settled at Exeter.

“I’ve loved playing here and I’m excited to get going next season as early as possible, so that I can get a good run of games and keep training as much as possible,” he added.

🗣 “A win would be very, very special for this group.”

Are you backing this special @ExeterChiefs side to win it? https://t.co/19WIdo0J8s

“The biggest difference I’ve noticed here is that they train at full-match intensity two or three days on the bounce, back-to-back, whereas most teams don’t do that. I’ve found that really beneficial going into games.

“The way that they play suits me too, although it means that I need to be a lot fitter, and that’s probably helped my game. I get more touches and am working harder off the ball, so I think, all-in-all, it’s a little bit of everything. It’s also easier when you’ve got a pack that’s going forward, so that helps as well.”

Being one of four Scottish players in the Exeter squad – alongside full-back Stuart Hogg, lock Jonny Gray and back-row forward Sam Skinner – has been a boost for Hidalgo-Clyne too.

“At a few clubs I’ve gone to I’ve not known many people, so coming down here in lockdown and seeing some familiar faces really helped,” he remarked.

He is now looking forward to what he describes as “the two biggest weeks of my career”, with Saturday’s Heineken Champions Cup final being followed by the Gallagher Premiership decider against Wasps a week later. “That’s massive for me,” he commented.