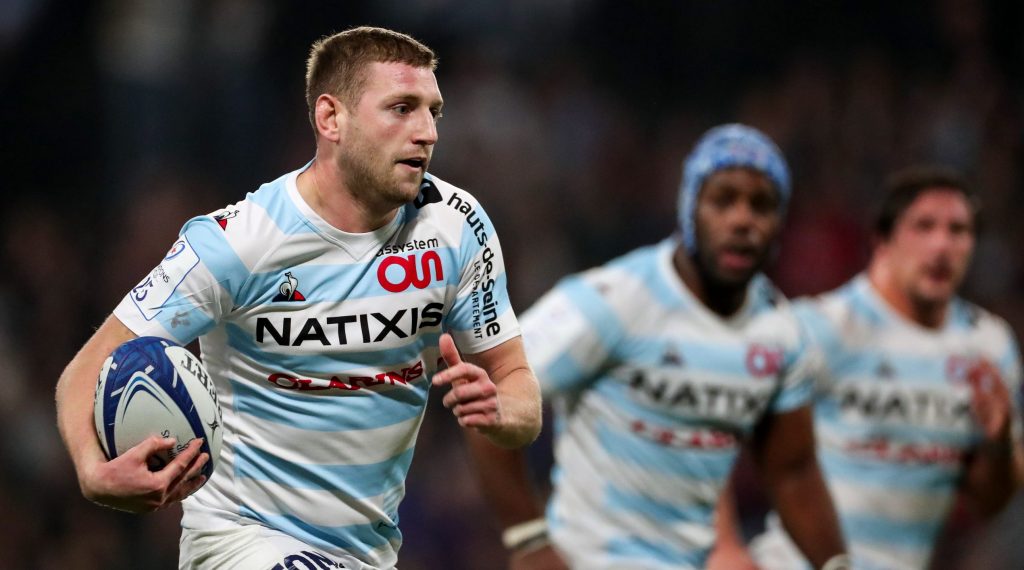 Racing's Finn Russell runs in to score a try against Saracens

With Racing 92 and Saracens set to do battle in the Heineken Champions Cup semi-finals this weekend, we have taken a look back at their two earlier clashes this season, with the side’s notching one success each.

Racing 92 picked up all five points to move top of Heineken Champions Cup Pool 4 on the opening weekend after a 30-10 victory over defending champions Saracens in Paris.

It was a blistering start for Racing who exploited a hole in the Saracens defence, with Virimi Vakatawa powering his way over the try line at the posts.

The two sides traded successful penalty kicks from Ben Spencer and Maxime Machenaud before Racing broke away for their second try of the match.

Advantage was being played and it went all the way out to wing Teddy Thomas who just did enough to get over the try line in the corner with a delightful composed finish.

Racing dominated the start of the second half but conceded first after a poor pass from Machenaud to Donnacha Ryan who knocked on, allowing Nick Tompkins to rip the ball out and sprint for the line before dotting down.

A dummy from Finn Russell then started another stunning move as he made some space for Thomas who was brought down inside the 22. The ball would find Russell again and he jinked inside and out before charging through a gap in the line and scoring.

Racing would then bring up the bonus point with just under 15 minutes left to play when the driving maul did the damage as Wenceslas Lauret broke away to score with relative ease.

Saracens came out 27-24 victors over Racing 92 in an epic Heineken Champions Cup clash at Allianz Park to clinch their quarter-final spot.

The defending champions opened up with a try on three minutes after a driving maul gave Maro Itoje the platform to power over the line and they extended the lead soon after through a Mako Vunipola try.

It didn’t take Racing long to respond as a Finn Russell kick caused some confusion and Virimi Vakatawa collected the loose ball before driving forward, seeing off Duncan Taylor and scoring.

Owen Farrell would slot over a three-pointer on 19 minutes but just before the half-hour mark, Louis Dupichot pulled off a lovely intercept from a Farrell pass and he cleared away to cut the gap again.

And the stunning first-half turnaround was complete on 31 minutes as Teddy Iribaren, Russell and Vakatawa combined with the latter picking a gap and powering over for a third try, with

Iribaren slotted over a penalty to put Racing seven ahead at the start of the second half before Saracens levelled the scores on 50 minutes.

It was Brad Barritt who kicked wide with penalty advantage, finding Duncan Taylor who offloaded to Ben Earl and his pass inside to Maro Itoje was perfect, allowing the lock to stroll over the try line, with Farrell’s conversion making it 24-24.

As Saracens piled on the pressure, they thought they had a fourth try on 75 minutes but TMO proved inconclusive, so Farrell instead stepped up and slotted over the three points that proved to be the final winning points.