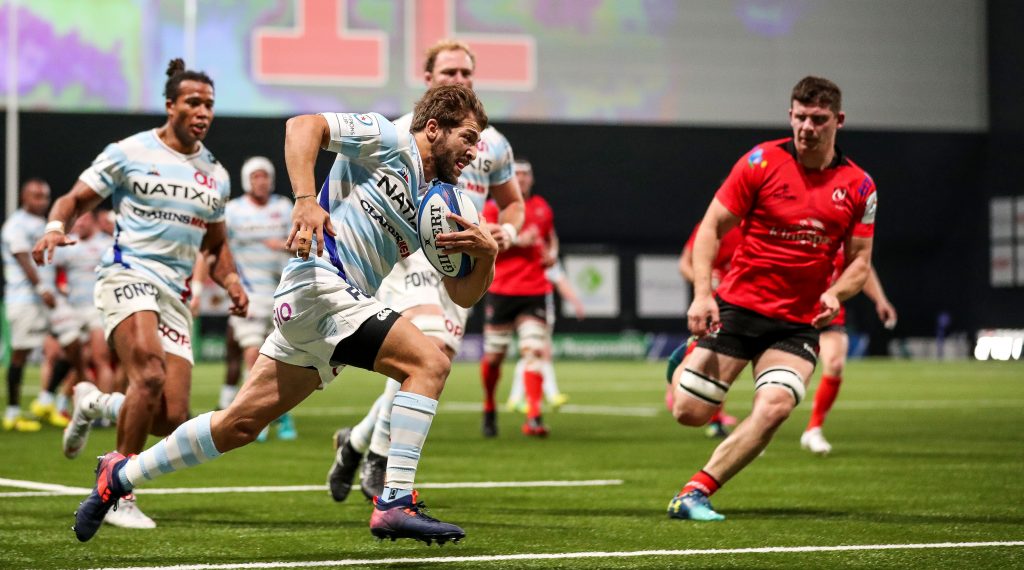 Having lost two Heineken Champions Cup finals in the past four years, Racing 92 captain Teddy Iribaren revealed that the Parisian club are more determined than ever to reach a third on Saturday and then lift the trophy for the first time.

They sounded a warning to semi-final opponents Saracens with a thrilling 36-27 win at Top 14 rivals ASM Clermont Auvergne in last weekend’s quarter-finals.

“To be champions of Europe is what we’ve wanted for a while,” said the scrum-half. “We have already lost two finals, so we have been telling ourselves the third must be ours.

“It’s true the context is strange – playing [European] matches at the start of the season, with the atmosphere affected by Covid. But we’re clinging on to this goal.”

Here's how it went down at Stade Marcel-Michelin 🎥

Iribaren wasn’t bothered who they met in the last four, as they lost to Saracens in the 2016 final and to Leinster Rugby – Sarries’ victims in last weekend’s quarter-finals – in the 2018 decider.

In the end, it is one of their Pool 4 opponents who will be making the trip to the Paris Défense Arena for the second time this season, with Racing having cruised to a 30-10 victory over Saracens there in Round 1, before succumbing 27-24 to the defending European champions at Allianz Park in Round 6.

“Honestly, we don’t care about our record against Saracens and it doesn’t give us any more pleasure to beat Saracens than Leinster,” the Racing skipper said. “We just concentrate on ourselves and what we want is to be European champions.”