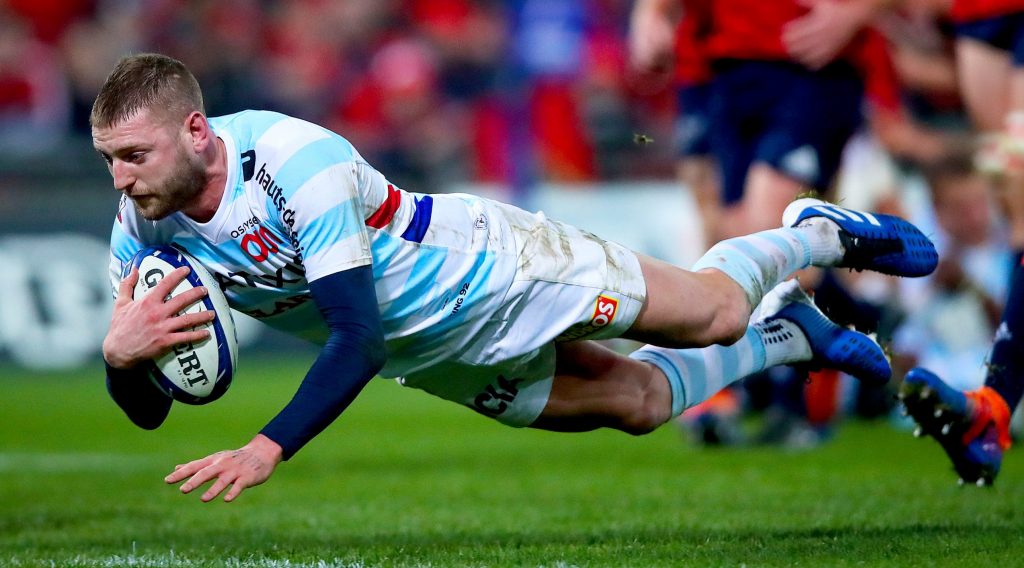 Russell – who has already racked up over 220 points in his Heineken Champions Cup career to date – helped Racing to top Pool 4 ahead of Saracens and Munster Rugby, but finished with the lowest points of the pool winners so will face a trip to Challenge Cup winners Clermont in an all-French quarter-final on Saturday evening, live on BT Sport.

And Laidlaw – who spent three seasons at Clermont – praised Russell’s impact at international level as well as his competitive streak to make the grade at Racing 92, following in the footsteps of All Blacks legend Dan Carter.

“I remember when Finn first came into the Scotland team and we were struggling a bit,” Laidlaw exclusively told the Champions Rugby Show. “This young chap came in who I’ve never met before and it was an absolute pleasure.

“I think that’s why I played my best rugby in a Scotland jersey alongside him because everyone sees the funny side and everyone thinks he’s not serious but Finn is a winner as well and he’s a competitor and that’s what I like about him.

🚨 EPCR is pleased to announce the dates, kick-off times and TV coverage for the semi-final matches in the #HeinekenChampionsCup! 🚨

“He could relax and have a bit of fun but he wants to make whoever he is playing for a better team and he certainly did that, making me a better player as well.

“He plays what he sees and is a breath of fresh air and an incredible talent as well and it goes to show how well-respected he is at Racing 92.

“Coming after someone like Dan Carter, you don’t go there and have success unless you are an excellent rugby player and I think that if Racing are going to win this weekend and the tournament, Finn will no doubt be a massive part of that.”

Click HERE to listen to the Champions Rugby Show and make sure you tune into this weekend’s Heineken Champions Cup quarter-finals on BT Sport, Channel 4 and Virgin Media.