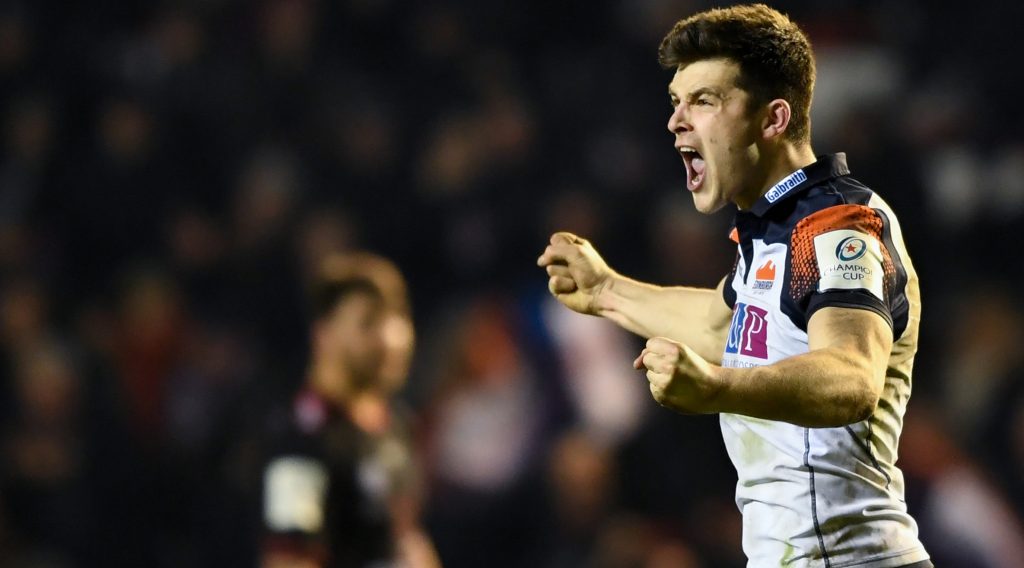 Versatile Edinburgh Rugby back Blair Kinghorn has admitted he is “relishing” facing a Bordeaux-Bègles team that he labels “world-class” for the third time this season in the European Rugby Challenge Cup on Saturday.

The Scottish side have yet to beat the Top 14 team this campaign, being held to a 16-16 draw at BT Murrayfield in Round 2 and losing 32-17 at Stade Chaban Delmas in Round 5 of their Pool 3 games.

However, Kinghorn, man of the match in that draw in November after scoring a try against the French club, believes it can be third time lucky for the capital team when they again travel to Bordeaux at the weekend.

“I’m going into the match confident,” the Scotland international told the Edinburgh website. “I think we’ve got the ability to turn them over. I fully believe in us.

“Going away to France is always a tough challenge. French teams thrive at home. They’ve got some world-class players and they’re a world-class team, but we’ll relish the challenge.”

Will he be the star in the #ChallengeCupRugby quarters when his side take on @UBBrugby for a third time this season? 👀 pic.twitter.com/edKftLWD1T

The 23-year-old believes Edinburgh are ready to atone for their 22-19 loss to Ulster Rugby in the Guinness PRO14 semi-finals after leading 19-7 with 20 minutes to go.

“We had a very honest meeting following the Ulster loss,” he revealed. “It was two-and-a-half hours long, so it was fairly in-depth.

“But to have the chance to bounce back in such a big and important game straightaway is beneficial for us. It’ll help us as a team and as a club, and it’ll help us stand up to playing in more of these big games.

“The last three or four years in the big games, we’ve not done ourselves justice, so we want to prove we can perform at these levels and on these big stages.”