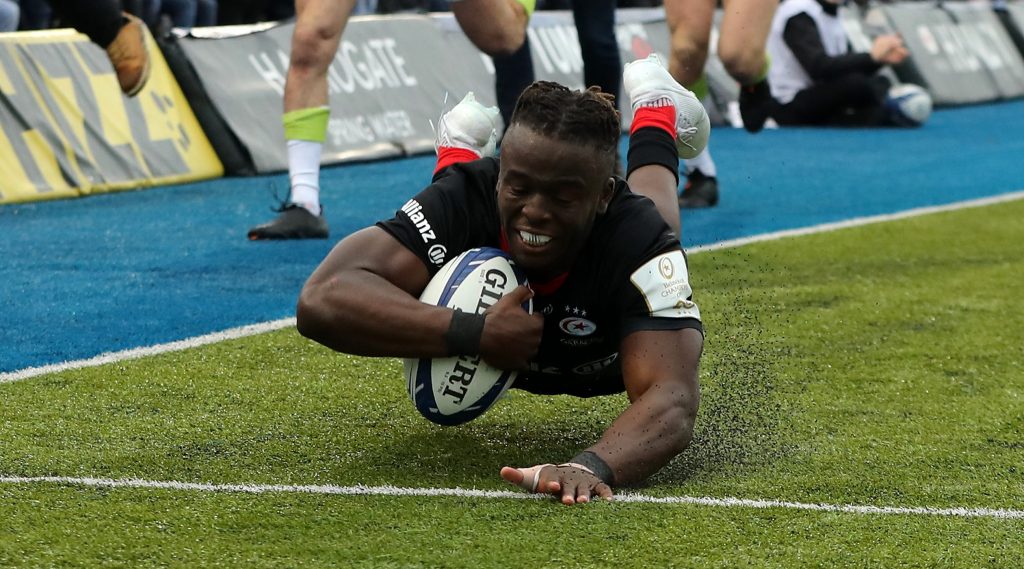 Rotimi Segun of Saracens dives over

Heineken Champions Cup holders Saracens head into this season’s quarter-final on the back of an emphatic 40-17 win against the English league leaders Exeter Chiefs at Allianz Park.

With the last eight just a week away, both sides named relatively youthful squads, with the majority of big names rested.

Saracens romped to victory in the Gallagher Premiership clash on the back of five tries – Rotimi Segun, Dom Morris, Elliott Obatoyinbo, Janco Venter and Cameron Boon all touching down for the hosts.

They now face a daunting trip to the Aviva Stadium to take on Leinster, the team they beat in last year’s Heineken Champions Cup final, who have won 25 consecutive games since that defeat.

Which #HeinekenChampionsCup quarter-final battle are you most excited for this weekend?

Here's all you need to know 👇https://t.co/todoy1O7qH

Exeter, meanwhile, host a Northampton Saints side in the quarter-finals who lost out in the East Midlands derby against Challenge Cup quarter-finalists Leicester Tigers, 28-24.

Leicester’s Ben Youngs, on his 250th club appearance, scored an early try to set the Tigers on the way to victory as fly-half Zack Henry kicked five penalties and a drop goal in the win at Welford Road.

In reply Saints notched three tries – Paul Hill and Henry Taylor touched down in the second half after a penalty try was awarded in the first period.