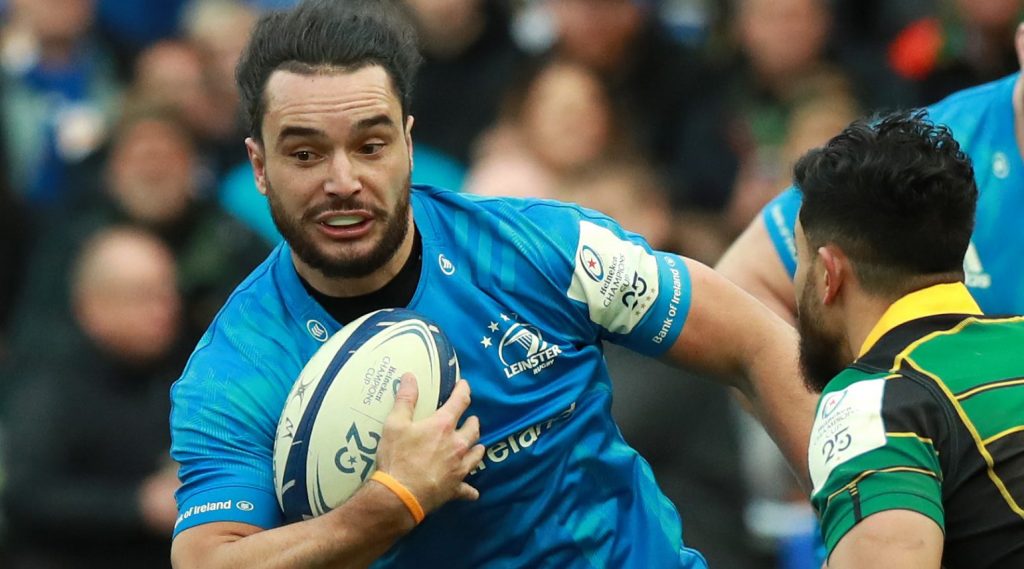 Leinster Rugby warmed up for their Heineken Champions Cup quarter-final against current champions Saracens with an emphatic 27-5 over fellow quarter-finalists Ulster Rugby at the Aviva Stadium – and in the process lifted their third successive Guinness PRO14 title.

The 22-point winning margin was the largest in the competition’s history and provided the ideal preparation for Leinster’s clash next Saturday with the English club, who were the last team to defeat the Dublin-based outfit, in last year’s Heineken Champions Cup final.

Ulster, who travel to Toulouse next Sunday in the quarter-finals, took the lead with a fourth-minute James Hume try, but James Lowe replied for the hosts in the 13th minute with a try converted by Ross Byrne, who also kicked a penalty to give Leinster a 10-5 half-time lead.

The second half was dominated by Leinster, who extended their winning run in all competitions to 25 games with Robbie Henshaw’s intercept try and a late score from Caelan Doris, coupled with seven points from the boots of Byrne and replacement Johnny Sexton.

Fellow Heineken Champions Cup quarter-finalists ASM Clermont Auvergne were also in Top 14 action on Saturday, but they surprisingly lost 21-19 at Bayonne. They now host Racing 92 next Saturday after the Parisian club’s 41-17 home win over Montpellier on Friday.