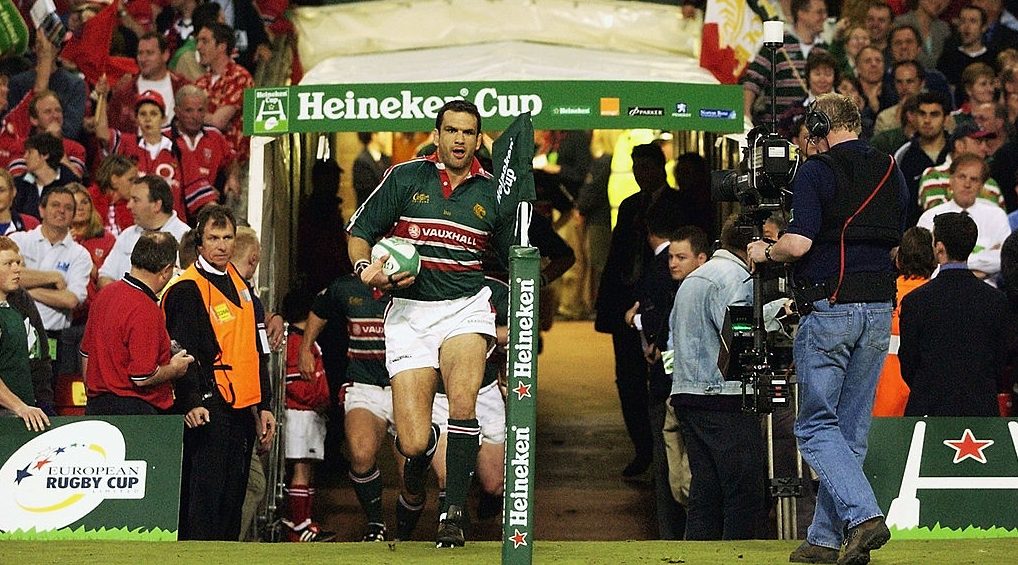 Martin Johnson leads out the Leicester Tigers during the Heineken Cup Final against Munster played at the Millennium Stadium in 2002.

Leicester Tigers legend Martin Johnson has told the Heineken Champions Cup Rewind Special that he felt his side would always retain the European Cup in 2002, having tasted success on the European stage for the first time in 2001.

The former Leicester Tigers lock helped his side to a dramatic 34-30 win over Stade Francais Paris in the 2001 final before repeating the feat in 2002, seeing off Munster 15-9 in Cardiff.

It was in the latter match that Johnson – who made 51 European appearances – admitted that he felt his side were always in command and wouldn’t be beaten at the Principality Stadium in their quest for back-to-back European titles.

Johnson said: “I always had the sense in that one that we were on top and we had a couple of tries disallowed, one by yours truly which I’ll never understand why!

“It was one of those games where we had to win it and we did. At the end of it, there wasn’t any elation or anything like that, it was more relief in that we had done what we needed to do and won it again.

What was his finest moment in Heineken Cup action? 🏉 https://t.co/CebjBtrGFR

“It was far different to when you are winning the first one because I think when you hear stories about teams in loads of sports over the years when they are trying to repeat things, it’s a very different proposition to when you are just winning it for the first time.”

His former club remain in European action this season, with Leicester taking on Castres Olympique in their Challenge Cup quarter-final on September 20, live on BT Sport.