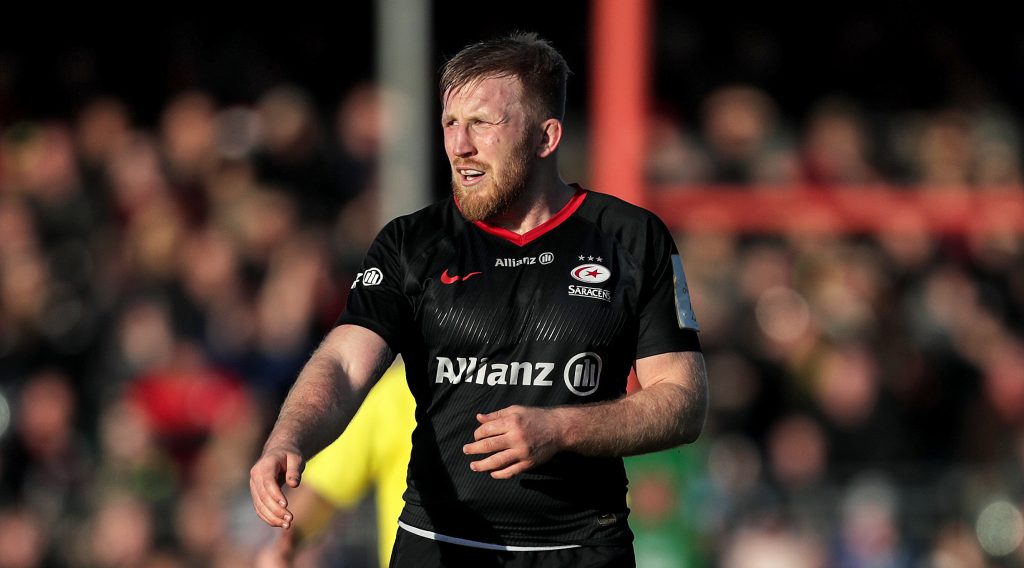 Saracens back-row Jackson Wray has said his side want to leave a mark on the Heineken Champions Cup, as they go in search of a fourth European success in five seasons.

The English side scraped through a tricky Pool 4 behind Racing 92, and as a result, will travel to face Leinster Rugby in a repeat of last season’s final in the quarter-finals next month.

But Wray – who has made 55 Heineken Champions Cup appearances – has said that his side are still relishing the opportunity to have more continental success when the competition restarts next month.

“We know we won’t be playing in the [Heineken] Champions Cup for at least a couple of years so it’s an opportunity for us to leave an indelible mark on the competition,” the 29-year-old told the Rugby Paper.

“We’ve obviously lost some players but we’ve still got an unbelievably strong squad with some cracking leaders in this side like Brad Barritt, Owen Farrell, Jamie George and Maro Itoje, so we’re really looking forward to priming ourselves for some big games.

After his troubles with injury, flanker Mike Rhodes is raring to go 💪

How do you fancy their chances this year? 👀https://t.co/ybSTiTI6kV

“What you’ve seen over the last decade is we are very tight and are a group that’s worked together for a long time.

“We know how strong that collective is and although some people think it’s been easy for us to win trophies, I can assure them it’s hard.

“To be the best is difficult with all the sacrifices that come with that, but we all want more of it and there are a lot of guys who think we can win again. There are lots of young guys coming through as well and helping them is something we all want to be a part of.”